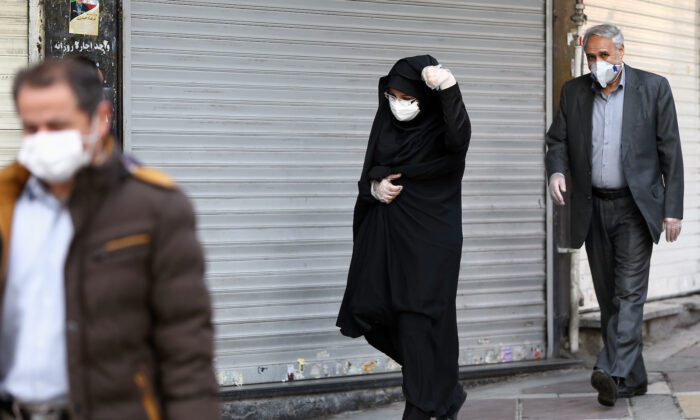 Deaths in Iran from coronavirus have hit 43, the highest number outside China, and the total number of infected people has risen to 593, an Iranian health official said on Saturday.

“Unfortunately nine people died of the virus in the last 24 hours. The death toll is 43 now. The new confirmed infected cases since yesterday is 205 that makes the total number of confirmed infected people 593,” Kianush Jahanpur told state TV.

Iran has ordered the shutting of schools until Tuesday and the government has extended the closure of universities and a ban on concerts and sports events for a week.

Several high-ranking officials, including a vice minister, deputy health minister, and five lawmakers, have tested positive for the coronavirus as the rapid spread of the outbreak forced the government to call on people to stay at home.

Iranian media reported on Saturday that one lawmaker, elected in Iran’s Feb. 21 polls, had died of the coronavirus.

Iran’s government spokesman will hold his weekly news conference online due to the outbreak, the semi-official Mehr news agency reported.