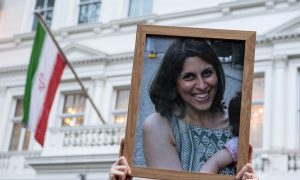 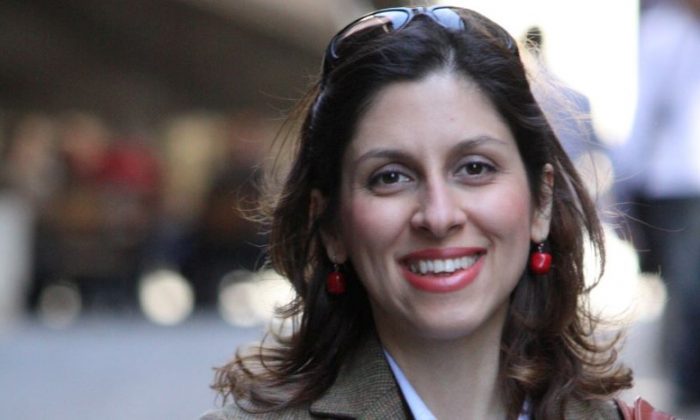 Iranian-British aid worker Nazanin Zaghari-Ratcliffe is seen in an undated photograph handed out by her family. (Ratcliffe Family Handout via Reuters)
UK

DUBAI—Iran has released British-Iranian aid worker Nazanin Zaghari-Ratcliffe, removing her ankle tag after a five-year prison sentence, but she has been summoned again to court on another charge, her lawyer and a British lawmaker said on Sunday.

She was jailed for plotting to overthrow the clerical establishment.

“She was pardoned by Iran’s supreme leader last year, but spent the last year of her term under house arrest with electronic shackles tied to her feet. Now they’re cast off,” Kermani told an Iranian website. “She has been freed.”

Iran’s judiciary was not immediately available to comment about the release.

British lawmaker Tulip Siddiq said she had spoken to Zaghari-Ratcliffe’s family and that they told her she had had her ankle tag removed, but has been summoned again to court.

“I have been in touch with Nazanin’s family. Some news: 1) Thankfully her ankle tag has been removed. Her first trip will be to see her grandmother. 2) Less positive—she has been summoned once again to court next Sunday,” Siddiq, who is the member of parliament for where Zaghari-Ratcliffe used to live, said on Twitter.

Kermani said a hearing for Zaghari-Ratcliffe’s second case has been scheduled on March 8.

“In this case, she is accused of propaganda against the Islamic Republic’s system for participating in a rally in front of the Iranian Embassy in London in 2009 and giving interview to the BBC Persian TV channel at the same time,” Kermani said.

But he hoped that “this case will be closed at this stage, considering the previous investigation”.

Zaghari-Ratcliffe, a project manager with the Thomson Reuters Foundation, was arrested at a Tehran airport in April 2016 as she prepared to head back to Britain with her daughter after a family visit.

She was later sentenced to five years in jail after being convicted of plotting to overthrow Iran’s clerical establishment. Her family and the foundation, a charity that operates independently of media firm Thomson Reuters and its news subsidiary Reuters, deny the charge.

She was released from jail in March last year and put under house arrest in Tehran in response to concerns about the spread of COVID-19 in Iran’s prisons, but her movements were restricted and she was barred from leaving the country.