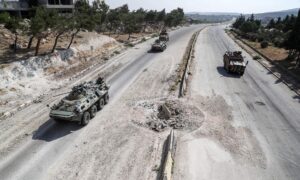 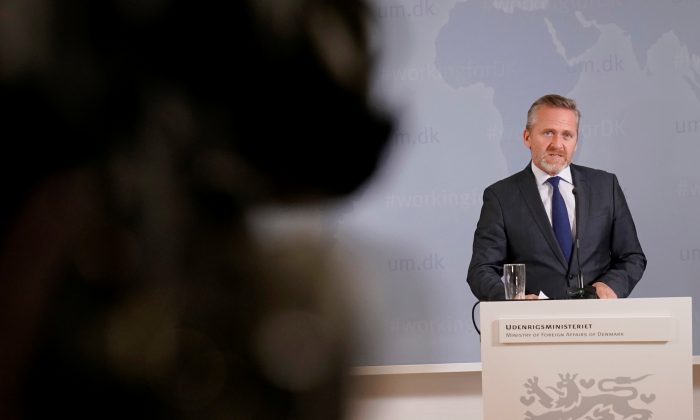 Iran Could Be Behind Alleged Murder Plot in Denmark

Danish authorities said on Oct. 30 they suspected an Iranian government intelligence service had tried to carry out a plot to assassinate an Iranian Arab opposition figure on their soil.

The alleged plot, which Denmark’s foreign minister said he believed the Iranian government was behind, prompted the Nordic country to call for fresh European Union-wide sanctions against the Islamic Republic.

A Norwegian citizen of Iranian background was arrested in Sweden on Oct. 21 in connection with the plot and extradited to neighboring Denmark, Swedish security police said.

The Norwegian has denied the charges and the Iranian government also denied any connection with the alleged plot.

Danish authorities have not presented any evidence, but according to Berlingske, it is unprecedented in recent times for the Danish intelligence service to directly accuse the intelligence service of another country of operating on Danish soil and planning assassinations.

The attack was meant to target the leader of the Danish branch of the Arab Struggle Movement for the Liberation of Ahvaz (ASMLA), Danish intelligence chief Finn Borch Andersen said.

ASMLA seeks a separate state for ethnic Arabs in Iran’s oil-producing southwestern province of Khuzestan. Arabs are a minority in Iran, and some see themselves as under Persian occupation and want independence or autonomy.

Borch Andersen emphasized that the arrest of the Norwegian citizen “does not mean that the threat [against the Iranian target in Denmark] has been minimized.”

In response to the incident, the Danish ambassador in Iran has been recalled, and the Iranian ambassador was summoned to a meeting with the Danish government.

Iran’s plotting to assassinate on Danish soil is totally unacceptable. Danish ambassador to Tehran has been recalled for consultations. Denmark will discuss further actions with European partners in the coming days. #dkpol

Danish foreign minister Anders Samuelsen declared at a press conference that his government has long been “deeply concerned” about Iran’s international behavior, including the development of ballistic missiles and its view of human rights, Berlingske reported.

“In the light of recent developments, Denmark wants to spearhead discussions of further EU sanctions against Iran,” Samuelsen said.

Iranian foreign ministry spokesman Bahram Qasemi has dismissed the accusations. “This is a continuation of enemies’ plots to damage Iranian relations with Europe at this critical time,” Tasnim news agency quoted him as saying.

We congratulate the government of #Denmark on its arrest of an Iranian regime assassin. For nearly 40 years, Europe has been the target of #Iran-sponsored terrorist attacks. We call on our allies and partners to confront the full range of Iran’s threats to peace and security.

U.S. Secretary of State Mike Pompeo expressed satisfaction over the Danish action. “We congratulate the government of Denmark on its arrest of an Iranian regime assassin,” he wrote on Twitter. “For nearly 40 years, Europe has been the target of Iran-sponsored terrorist attacks. We call on our allies and partners to confront the full range of Iran’s threats to peace and security.”

Several Danish media reports have discussed the possible wider international ramifications, as well as the pattern of suspected Iranian government operations in other European countries.

In an op-ed in Den Korte Avis, the authors point to two other recent incidents—one in the Netherlands, where Ahmad Mola Nissi, an Iranian exile who established ASMLA, was shot dead; and a foiled bomb plot in Paris—and ask why Iran is feeling so confident in carrying out operations like these on European soil recently.

They speculate that Iran is counting on the EU being unwilling to risk a breakdown of the Iran Nuclear deal, especially after the United States withdrew earlier this year and reimposed sanctions against Iran. This would restrain the EU response, they argue, calling it “unthinkable” that the EU would act in a manner that might risk the deal.