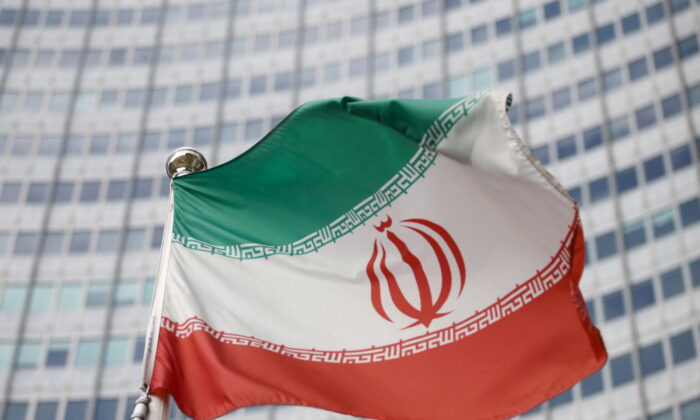 Iran’s Foreign Ministry said on Aug. 22 that a prisoner swap with Washington isn’t linked to indirect talks with the United States to revive the 2015 nuclear deal.

“We emphasize that the exchange of prisoners with Washington is a separate issue and it has nothing to do with the process of negotiations to revive the 2015 pact,” Iran’s Foreign Ministry spokesman Nasser Kanaani told reporters on Aug. 22.

Iran has demanded that several Iranians who are being detained on charges linked to U.S. sanctions be released, while the United States has repeatedly called for several Iranian–American dual nationals—who are being held in Iran on security charges—to be freed, including businessman Siamak Namazi.

On Aug. 16, U.S. Secretary of State Antony Blinken tweeted about Namazi, who was detained in 2015 and given a 10-year sentence following a closed-door trial.

“Siamak Namazi has now spent 2,500 days wrongfully detained in Iran. We are determined to secure his freedom and ensure all Americans who have been wrongfully detained by Iran, including his father Baquer, can return home,” Blinken wrote on Twitter.

U.S. State Department spokesman Ned Price said during an Aug. 16 press briefing that Washington believes those being held in Iran are “being held as political pawns, presumably on the part of the Iranian regime … in an effort to seek to exact leverage or some other concession.”

Following the latest push from Washington, officials in Tehran said they were ready to swap prisoners as long as the United States released jailed Iranian citizens without any conditions, according to local reports.

Kanaani told reporters on Aug. 22 that the United States is “procrastinating” in indirect talks to revive the 2015 nuclear deal, also known as the Joint Comprehensive Plan of Action. Negotiations have been ongoing for over 16 months and have been mediated by European Union officials.

EU officials on Aug. 8 laid down a “final” offer to save the deal and said they expected a response within a “very, very few weeks,” Reuters reported.

However, Iranian officials said they identified a few issues in the latest offer and called on Washington to show flexibility to resolve them. Washington said last week said it was studying Iran’s response.

“Until we agree on all issues, we cannot say that we have reached a complete agreement,” Kanaani said.

The United States withdrew from the 2015 nuclear deal under President Donald Trump, who then imposed tight sanctions on Iran.

However, Biden hopes to get Iran back into the deal in an effort to stop the country from bolstering its nuclear program. Talks between the two countries have repeatedly broken down due to conflicts over Tehran’s demand that Washington provide guarantees that no U.S. president would abandon the deal in the future.

Biden can’t provide such assurances because the nuclear deal is a political understanding rather than a legally binding treaty.

“We seek a good agreement which would guarantee Iran’s national interests and would be long-lasting,” Kanaani said. “We won’t be bitten twice.”