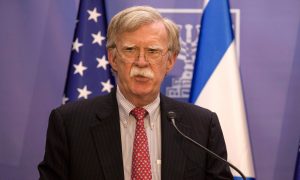 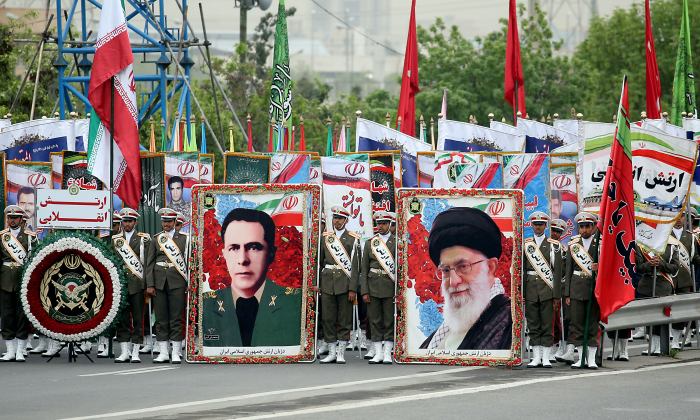 Iran has breached the terms of a multinational nuclear deal by exceeding a limit on its uranium stockpile, the Islamic regime’s Foreign Minister Mohammad Javad Zarif said on July 1, according to the ISNA news agency.

Zarif said Iran’s stockpile of uranium hexafluoride now exceeds 300 kilograms (661 pounds). The breach defies warnings from the deal’s signatories, who called on Tehran to stick to the 2015 pact despite the exit of the United States. Iranian Foreign Ministry spokesman Abbas Mousavi said the breach is “reversible.”

Inspectors from the International Atomic Energy Agency (IAEA) were on the ground attempting to verify Iran’s claims, the agency said. Amassing low-enriched uranium is an intermediary step to building a nuclear bomb.

President Donald Trump withdrew from the Iran nuclear deal last year and reimposed tough sanctions on the Iranian regime. The president viewed the deal as flawed, in part because the terms allowed Iran to be in a position to quickly return to developing a nuclear weapon, a concern that materialized with Tehran’s announcement on July 1.

Officials from Tehran attempted to use the threat of breaching the terms of the deal in a bid to force European signatories to help circumvent Washington’s sanctions. After talks in Vienna last week, Iranian officials said they were unable to persuade the Europeans to provide much in terms of trade assistance.

“Time is running out for them to save the deal,” state television quoted Mousavi as saying on July 1.

Under the nuclear deal, the timeline for Iran’s ability to create a nuclear weapon was pushed back from a few weeks to roughly a year. In exchange, major powers lifted most of the trade restrictions on the regime. China, France, Germany, the European Union, Russia, and the United Kingdom are the remaining cosignatories to the deal after the exit of the United States.

Iran claims its nuclear program is solely for peaceful purposes, including power generation. Israel says the program presents it with an existential threat. Iran does not recognize Israel as a nation and has made repeated threats toward the U.S. ally.

“Just imagine what will happen if the material stockpiled by the Iranians becomes fissionable, at military enrichment grade, and then an actual bomb,” Joseph Cohen, head of Israeli intelligence agency Mossad, told the Herzliya security conference shortly before Iran announced that it had breached the nuclear deal.

“The Middle East, and then the entire world, will be a different place. Therefore, the world must not allow this to happen,” Cohen said.

An Iranian lawmaker threatened to destroy Israel in the event of an American attack on Iran.

“If the U.S. attacks us, only half an hour will remain of Israel’s lifespan,” Mojtaba Zolnour, the chairman of the Iranian parliament’s National Security and Foreign Policy Commission, said on July 1.

Washington ramped up sanctions on Iran in May by extending trade restrictions on Iranian oil to all nations. Iran responded with threats to disrupt oil shipments in the Strait of Hormuz. Six oil tankers have since been attacked in the region; Iran has denied involvement. The United States says the regime is responsible for at least two of the attacks.

Tensions escalated from there, with the United States sending additional forces to the Middle East. The United States came within minutes of launching an attack on Iran after the regime downed a U.S. drone in international airspace.