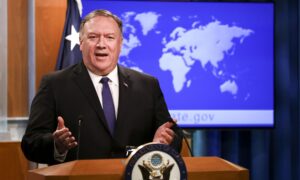 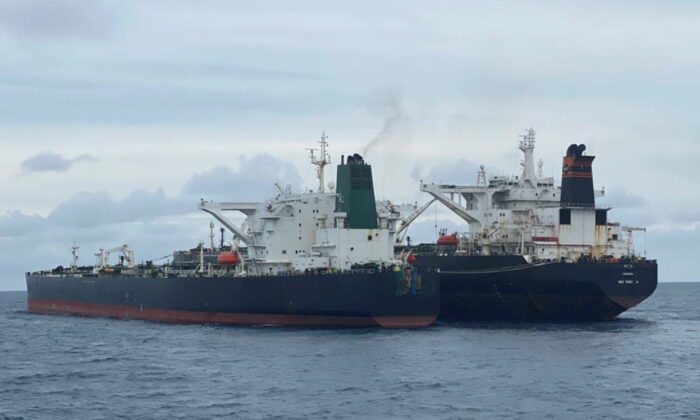 DUBAI/JAKARTA—Iran has asked Indonesia to provide details about the seizure of an Iranian-flagged vessel, Iranian Foreign Ministry spokesman Saeed Khatibzadeh said on Monday, a day after Jakarta said it had seized Iran and Panama-flagged tankers in its waters.

Indonesia said on Sunday its coast guard had seized the Iranian-flagged MT Horse and the Panamanian-flagged MT Freya vessels over suspected illegal oil transfer in the country’s waters.

Coast guard spokesman Wisnu Pramandita told Reuters on Monday that the ships were “caught red-handed” transferring oil from MT Horse to MT Freya and that there was an oil spill around the receiving tanker.

He added that 61 crew members onboard the vessels were Iranian and Chinese nationals and had been detained. Indonesia’s foreign and energy ministries did not immediately comment on the matter.

Wisnu said the tankers, seized in waters off Kalimantan province, will be escorted to Batam island in Riau Island Province for further investigation.

Khatibzadeh said that the seizure was over “a technical issue and it happens in shipping field.”

“Our Ports Organisation and the ship owner company are looking to find the cause of the issue and resolve it,” Khatibzadeh told a televised weekly news conference.

Both the supertankers, each capable of carrying 2 million barrels of oil, were last spotted earlier this month off Singapore, shipping data on Refinitiv Eikon showed.

Asked to comment on the seized tanker, Iran’s Oil Minister Bijan Zanganeh told reporters: “It was carrying oil … the issue is being followed up by Iran.”

The International Maritime Organization requires vessels to use transponders for safety and transparency. Crews can turn off the devices if there is a danger of piracy or similar hazards. But transponders are often shut down to conceal a ship’s location during illicit activities.

“The tankers, first detected at 5:30 a.m. local time (2130 GMT on Jan. 23) concealed their identity by not showing their national flags, turning off automatic identification systems and did not respond to a radio call,” Wisnu said in a statement on Sunday.

A search by Reuters on a Chinese company directory found that the registered office address of Shanghai Future Ship Management Co. came under another firm named Shanghai Chengda Ship Management. Several calls made to the office went unanswered.

Iran has been accused of concealing the destination of its oil sales by disabling tracking systems on its tankers, making it difficult to assess how much crude Tehran exports as it seeks to counter U.S. sanctions.

Over the past few months, MT Freya has delivered two crude oil cargoes totaling about 4 million barrels into Qingdao port on the east coast of China and northeast Yingkou port, said Emma Li, a senior crude analyst with Refinitiv.