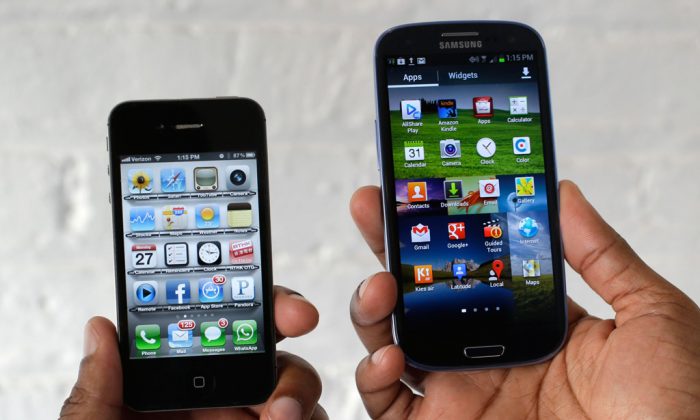 The Apple iPhone 4s, left, is displayed next to the Samsung Galaxy SIII at a store in San Francisco. (AP Photo/Marcio Jose Sanchez)
Tech

The iPhone 6 will have a release date sometime in September.

It also reported that the upcoming new phone will likely be offered in two different sizes–4.7- and 5.5-inch versions.

Sources said that mass production of liquid crystal display panels will start as early as April, as the new phone’s display resolution is expected to be very high.

Barrons also said in a recent note to investors that the phone should come out in August or September, and that it will come in two different models.

The larger model may debut at a later time, it said.

Ben Bajarin of Creative Strategies recently said at Macworld 2014 that Apple should come out with more than one size for the iPhone, reported IBTimes. He noted that every device that Apple offers other than the iPhone comes in small, medium, and large sizes.

He said that a larger screened phone would likely do better in emerging markets–where it would be the only device for some people–as opposed to the United States and Europe.