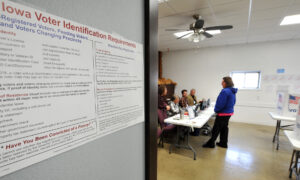 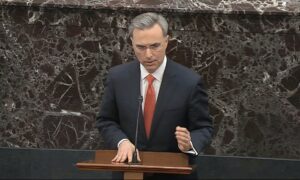 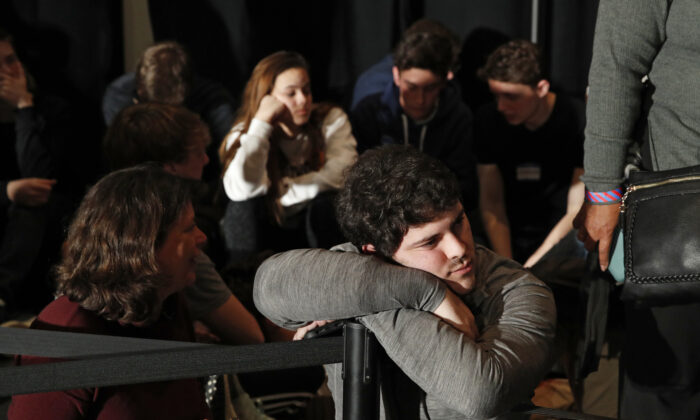 Iowa Democratic Party spokeswoman Mandy McClure said in an initial statement that results were delayed “due to quality checks.”

“We found inconsistencies in the reporting of three sets of results,” McClure added in another statement. McClure claimed an application used to enter results didn’t go down and the party didn’t get hacked.

In a statement on Tuesday morning, Iowa Democratic Party Chairman Troy Price said precinct-level results were still being reported to the party.

“While our plan is to release results as soon as possible today, our ultimate goal is to ensure that the integrity and accuracy of the process continues to be upheld,” he said.

The app, he added, was reporting only partial data but the data collected “was sound.” The failure to fully report the data was due to “a coding issue,” he said.

Precinct chairs and voters reported widespread problems with the app.

“We are experiencing some issues in terms of people being able to load and connect with the app for their precinct reporting,” Bret Nilles, chairman of the Linn County Democratic Party, told Bloomberg News. Adam Mann, chairman of a caucus in Story County, told The Wall Street Journal that the app “wasn’t working at all.”

The Iowa Democratic Party paid a company, Shadow Inc., over $60,000 to create the app.

Shadow said in a Tuesday statement: “We sincerely regret the delay in the reporting of the results of last night’s Iowa caucuses and the uncertainty it has caused to the candidates, their campaigns, and Democratic caucus-goers.”

Several top executives in the company worked on Hillary Clinton’s 2016 campaign. People noted that Tara McGowan, founder of ACRONYM, a progressive nonprofit that invested in Shadow, professed excitement last year when then-South Bend Mayor Pete Buttigieg declared his candidacy. McGowan distanced ACRONYM from Shadow on Tuesday, saying the nonprofit was one of multiple investors in the company.

Buttigieg said early Tuesday that “all indications” showed that he won the Iowa Democratic caucus.

Remus said the campaign was aware of the party’s plans to brief campaigns. “However, we believe that the campaigns deserve full explanations and relevant information regarding the methods of quality control you are employing, and an opportunity to respond, before any official results are reached,” she wrote.

“We recognize that this does not replace the full data from the Iowa Democratic Party, but we believe firmly that our supporters worked too hard for too long to have the results of that work delayed,” the campaign’s senior adviser Jeff Weaver said in a statement.

The data, which the campaign said was collected by trained campaign volunteers, showed Sanders in front in all three categories. Buttigieg, 38, was second in the final number, the state delegate equivalent, followed by Sen. Elizabeth Warren (D-Mass.), 70.

Buttigieg’s campaign released internal data on Tuesday morning but it only showed his own results. The data showed that he had 28 percent of the state delegate equivalents.

The caucus featured three different results. Initial results showed which candidates were considered “viable.” Supporters from other candidates could then switch to other contenders and the second round of results reflected the new numbers. The final numbers were used to reach a number called the “state delegate equivalents” that each candidate earned.

“I imagine, have a strong feeling, that at some point, the results will be announced,” Sanders, 78, told supporters in Des Moines. “And when those results are announced, I have a good feeling we’re going to be doing very, very well here in Iowa.”

“Even in a crowded field of candidates, even during the well-earned impeachment hearing of Donald J. Trump, which had me bolted to my Senate desk for the last two weeks, we kept fighting,” she said. “And you kept fighting for me.”

Warren called the race “too close to call.” Her chief strategist, Joe Rospars, wrote on Twitter late Monday that “Any campaign saying they won or putting out incomplete numbers is contributing to the chaos and misinformation.” One minute earlier, he had written that the race was “a very close race among the top three candidates (Warren, Sanders, Buttigieg) and Biden came a distant fourth.”

President Donald Trump, who won the Republican caucus, and his campaign said what transpired overnight showed Democrats were in disarray.

“The Democrat Caucus is an unmitigated disaster. Nothing works, just like they ran the Country. Remember the 5 Billion Dollar Obamacare Website, that should have cost 2% of that. The only person that can claim a very big victory in Iowa last night is ‘Trump,'” the president wrote on Twitter.

“Democrat Party meltdown. They can’t even run a caucus and they want to run the government. No thank you,” Brad Parscale, Trump’s campaign manager, added.