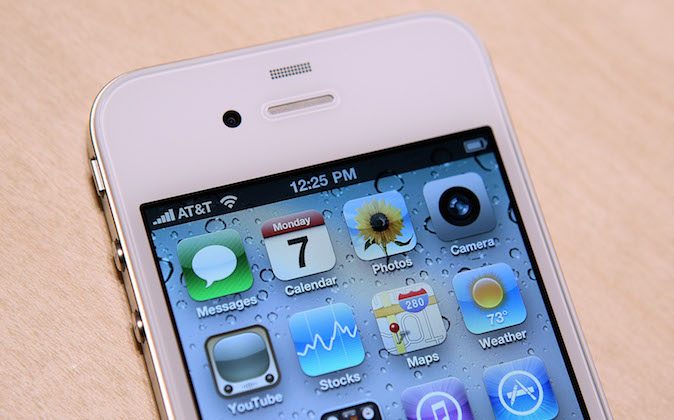 The new iPhone 4 is displayed at the 2010 Apple World Wide Developers conference June 7, 2010 in San Francisco, California. Apple CEO Steve Jobs kicked off their annual WWDC with the announcement of the new iPhone 4. (Photo by Justin Sullivan/Getty Images)
Tech

The Cupertino company’s gradual process of discontinuing sales of the iPhone 4 in several countries, including emerging markets such as India and Brazil, hints that iOS 8 won’t support mobile devices of that generation, according to GottaBeMobile. This also means that iOS 8 will mostly likely not support the iPad 2, which uses an older processor.

This is in line with Apple’s tradition of discontinuing older products and stopping updates for them.

Given that the iPhone 4 barely supports a stripped down version of the iOS 7, it is likely that this rumor is accurate.

The iPhone 4S could however receive iOS 8 support, as it runs the iOS 7 relatively well. The phone might get a watered down version of iOS 8, much like how the iOS 7 for the iPhone 4.

Similarly, the iPad Mini, which uses an older processor, could be given iOS 8 support, albeit a toned down version of it. This is so as Apple rarely ever stops supporting a product that is less than 2 years old, a category that the iPad Mini belongs in.

Third generation iPads and iPhone 5 variants all should be fully compatible with iOS 8, when it does come out.

iOS 8 is rumored to have a similar design to iOS 7, and a couple of new features.

Third-party apps should be able to tap into Siri more in iOS 8.

An app called Healthbook should allow users to track their daily activities and better monitor their health.

iOS 8 could also feature a mobile version of OS X’s Preview and TextEdit.