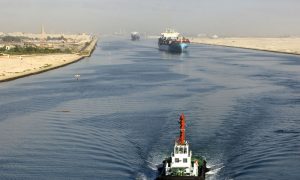 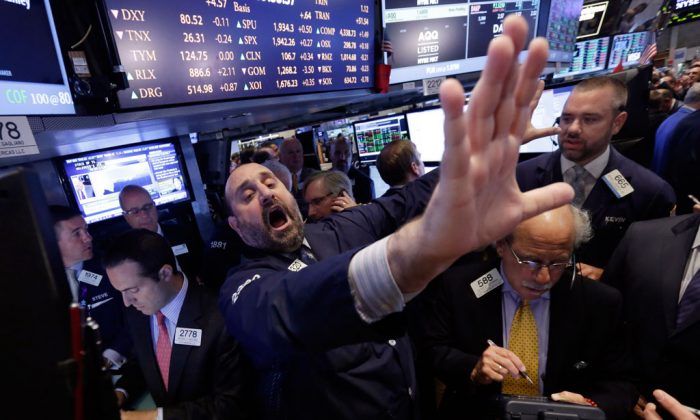 Specialist Peter Giacchi calls out prices during the IPO of Foresight Energy on the floor of the New York Stock Exchange, on June 18, 2014. A strong U.S. economy helped propel the stock market higher for a fifth-straight year in 2014. (AP Photo/Richard Drew)
Business

NEW YORK—Can the U.S. hold everyone else above water? That is the question investors are asking as Wall Street heads into 2015.

A strong U.S. economy helped propel the stock market higher in 2014, continuing a bull market that is on pace to celebrate its sixth birthday in March. On more than one occasion, investors dumped stocks following geopolitical flare-ups and concerns about the global economy, only to jump back in when an economic report or results from a big company suggested the U.S. economy was still resilient.

This bull market may be slowing down, but it still has had a remarkable run. The Standard & Poor’s 500 index has more than tripled from its March 2009 low.

Wall Street strategists, who typically are bullish on the U.S. stock market, expect the advance to continue into 2015.

Here are the major themes investors will need to watch:

2014 has been a solid year for stocks, and Wall Street forecasters expect more of the same next year. The S&P 500 index is on track to return 14 percent in 2014 including dividends, a healthy gain but well below the 2013 return of 32 percent. Because the U.S. economy should continue to improve, stocks are likely to march higher in 2015, strategists say. On average, strategists see the S&P 500 up roughly 6 to 8 percent, with most of the gains coming from large multinational companies that would benefit greatly from an improving U.S. economy. Although there are risks that U.S.-based companies might see international sales slow because of weakness in Europe and Asia, strategists believe U.S. growth will make up for that drag.

While U.S.-based companies do roughly half their sales outside the country, profits are still largely driven by the American economy.

This is a mature bull market, strategists say, so stock prices are relatively high and the possibility for volatility even higher. Investors are paying roughly $17.50 for every dollar of earnings companies in the S&P 500 generate, the most they’ve paid for stocks since 2010.

These high valuations could make investors more nervous about holding stocks if prices continue to climb. The stock market fell nearly 10 percent in October, its first major sell-off since 2011.

For several years, the Federal Reserve had been buying bonds to both keep interest rates low and boost stock prices. The program, known as quantitative easing, was designed to make bonds seem more expensive than stocks.

That program ended in October, but it doesn’t mean the nation’s central bank hasn’t stopped helping out investors. The Fed has kept its key interest rate near zero. Strategists believe the time has come for the Fed to start raising interest rates because the U.S. economy has improved enough to withstand higher borrowing costs. This phenomenon is going to have a huge impact on where the stock market goes in 2015.

“I see the Fed starting to raise interest rates in June, and it’s going to be a gradual increase,” said Russ Koesterich, global chief market strategist at Blackrock. “Investors are ready.”

Generally, strategists see interest rates going from zero to 1 percent next year, in gradual increments of 0.25 percentage point each.

The Fed cut its benchmark short-term interest rate to near zero at the height of the financial crisis in December 2008 to stimulate borrowing and lending and to help prevent the economy from collapsing. Stock investors have enjoyed those record-low rates ever since. Now that the U.S. economy has recovered, a near-zero interest rate makes little sense, investors say.

As interest rates rise, investments such as bonds will pay higher yields. If bonds are earning more, stocks will have to work even harder to be more attractive. That could set up the stock market for some resistance.

Much ado about oil:

The collapse of oil prices this year has become a huge topic of worry as well as a comfort for investors.

American consumers love that falling oil prices have driven the price of gasoline below $2.50 a gallon. Wall Street’s relationship with oil is far more complex, however. Oil revenues are critical for several large economies, including Russia. Banks loaned money and energy companies issued high-yield bonds to investors based on projected oil revenues. Energy companies are reliant on high crude prices to make money and to keep their stock prices high. Shares of energy companies in the S&P 500 are down 10 percent this year. Many junk bonds are trading at distressed levels.

There’s worry that oil’s drop could shake up the global financial system. Russia’s currency, the ruble, has slumped in recent months because investors are concerned that the government could default or that the country could slip into a recession. In 1998, Russia defaulted on its debt, in part because of plunging oil prices.

The big question for next year is whether the world is simply producing too much oil, or whether the global economy is not strong enough to consume it fast enough. Also, if prices keep falling, will oil producers start cutting back production, which in turn could provide some support for oil prices.

“I still believe what’s happening to oil is related to there being too much supply, but the sell-off is sending ripples through the market about global economic growth,” said Sonders of Charles Schwab.

Europe’s economy was in recovery mode the first half of 2014 before being derailed by the Russia-Ukraine crisis. The economic sanctions the European Union put on Russia for its invasion of Crimea impacted Germany’s economy, Europe’s largest, far more than originally anticipated. Since then, Europe has teetered on the brink of recession.

The Euro Stoxx 50 index, the European equivalent of the Dow Jones industrial average, is up only 1 percent in 2014 versus the 12 percent increase in the S&P 500.

The European Central Bank has stepped in to help stimulate the region’s economy and is expected to ramp up its efforts early next year. If the moves work, Europe will come off investors’ worry lists. Until then, watch out.

If you’re willing to take a more risky view, some strategists say buying into Europe before it recovers could provide an excellent return.

China and Japan are also concerns. The Chinese government is still in a multi-year effort to slow down the country’s rapidly growing economy, which has had mixed results. Japan, meanwhile, is trying to stimulate its stagnant economy through massive amounts of economic stimulus. While the stimulus helped briefly, the Japanese government had to raise taxes to cover the cost of the program, effectively negating what the officials were trying to do.

Bonds will have a tough year … or won’t:

The biggest prediction of 2014 to fall flat on its face was that bonds would have a bad year in 2014. They didn’t; in fact, they went in the opposite direction.

Instead of the 10-year U.S. Treasury note going from 2.97 percent at the beginning of the year up to 3.5 percent, as many predicted, the benchmark note was yielding 2.18 percent as of Dec. 22.

Many strategists readily admit they completely missed on their bond predictions. Nevertheless, many investors are doubling down on their bond yield forecasts for 2015, with some looking for the 10-year yield to reach 2.5 percent to 2.75 percent next year. They reason that the U.S. economy is improving and the Federal Reserve is expected to raise interest rates.