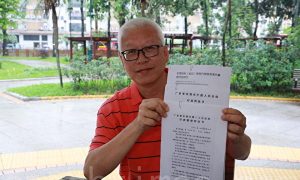 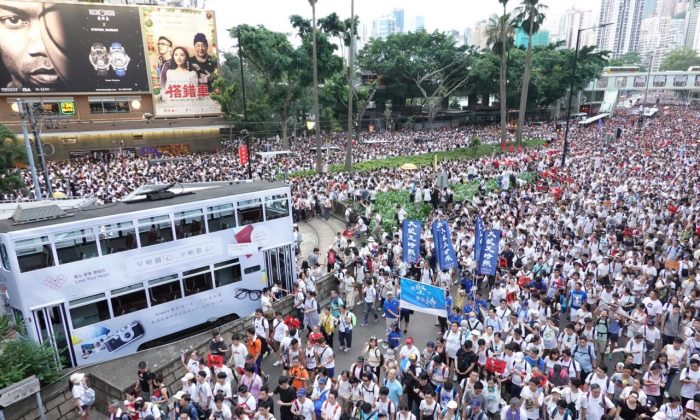 More than one million people take to the streets in protest against the proposed extradition law in Hong Kong on June 9, 2019. (Yu Gang/The Epoch Times)
Hong Kong

Hong Kong developers and investors are concerned over the proposed amendments to the city’s extradition law and its impact on the economy. A real estate developer cancelled the purchase of a billion-dollar commercial land parcel, and investors are starting to withdraw investment funds from Hong Kong.

Goldin Financial Holdings Ltd, whose diverse portfolio includes real estate and financial services, announced on June 11 that the board has decided to exit the tendering process for a parcel in the Kai Tak Airport area, which the company won in bidding last month for $1.4 billion.

According to the company announcement, the majority of board members agreed to drop the process, due to concerns over “recent social conflicts and economic instability.” Goldin will lose its $3.2 million deposit to the Hong Kong government.

Despite over one million people protesting a proposed bill that would allow the Chinese Communist Party in Beijing to punish dissidents, Hong Kong Chief Executive Carrie Lam reiterated her support for the proposed amendments to the Fugitive Offenders Ordinance. The city’s legislative council will discuss the bill on June 12 as scheduled.

The new extradition law, if passed, would allow criminal suspects, including nationals from other countries, to be transferred to mainland China for trial at Beijing’s request. It has faced tremendous opposition from the business sector, Hong Kong residents, and the international community—they have all expressed concerns over the Chinese regime’s disregard for the rule of law and suppression of religious groups, rights activists, and political dissidents.

Kevin Tsui, an associate professor of economics at Clemson University in the United States and a member of the Economic Research Center at Hong Kong Institute of Asia-Pacific Studies, told the Hong Kong edition of The Epoch Times that the extradition bill would undermine Hong Kong’s status as an international financial center, especially when the U.S. State Department gave a clear message that the proposed bill could jeopardize Hong Kong’s “special status.”

On June 10, U.S. State Department spokeswoman Morgan Ortagus stated at a news briefing that the proposed amendments would continue to erode the “one country, two systems” framework and put at risk “Hong Kong’s long-established special status in international affairs.”

As far as Tsui knows, hot money that aims at short-term returns is now being withdrawn from Hong Kong. Some of his middle-class friends are beginning to sell the properties they own in Hong Kong and switch to foreign real estate. Some, who don’t have a foreign passport, are considering emigration to other countries.

“The situation is similar to that in Hong Kong before the transfer of sovereignty in 1997,” Tsui said.