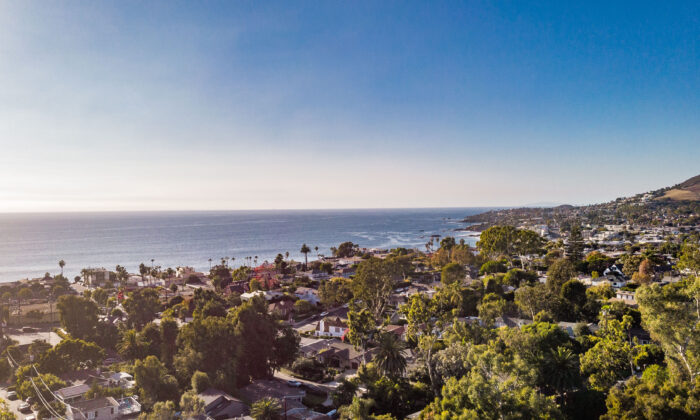 Joseph Edelman, founder and CEO of the New York-based Perceptive Advisors, and his wife, Susan Lebovitz-Edelman, purchased the 18,000-square-foot property—about the size of four full-size basketball courts—despite its absence from the market.

“They specifically wanted something on a large lot that was newer and preferably in a gated community,” Jon Curci of Compass, who helped represent the buyer, told the Orange County Register.

Sitting on a cliff above Emerald Bay, the property is one of the 12 oceanfront homes in the private community of Irvine Cove.

The property also includes access to Emerald Bay, a private beach exclusive to the residents of the private community.

DiGonzini said that typically when people buy assets at a high value, they either acquired a lot of passive income or just sold a business or commercial property.

Forbes currently lists Edelman, 66, at a $2.9 billion net worth.

It’s no surprise that Edelman, a biotech investor, chose to purchase a home in Laguna Beach, considering how Orange County markets itself as pro-business and development compared to its surrounding counties—especially for the tech industry—DiGonzini said.

“The reason why we have continued to have sales that are this high is because of the environment that Orange County offers,” DiGonzini said.

With companies like Amazon and Google extending their branches in Orange County, the tech industry grows, attracting more established businesses and new start-ups.

The market for single-family homes in Orange County grew 36 percent over the past three years and is still growing, according to DiGonzini.

He said the average home value in the county is approximately $1.1 million.