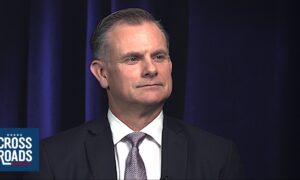 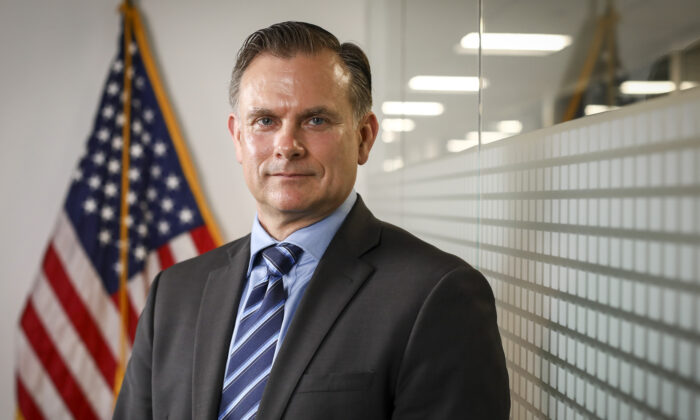 Spalding also explained Beijing’s tactics to interfere in U.S. politics, and his analysis of why Washington banned Chinese social media apps WeChat and TikTok from the United States.

Spalding first pointed out that the Chinese Communist Party (CCP) is responsible for the pandemic. “A good graphic out there now showing the 6 million people that traveled from Wuhan and really carried infection everywhere, while they were locking down travel within China, back in January,” he said in the interview.

Spalding criticized the CCP’s disinformation campaign about the spread of the virus and how state-run media reacted to Trump’s infection. He believes the CCP aims to reduce support for Trump and “to create this perception that the president may not make it.”

The president announced early on Oct. 2 that he and First Lady Melania Trump had tested positive for COVID-19.

Spalding said that the CCP’s false narrative of the president mishandling the coronavirus coincides with the stance of the media in the United States and is adding fuel to the American domestic political situation. He calls this tactic “political warfare.”

“Political warfare is not necessarily where they have to create the entire momentum themselves. What they try to do is help accelerate the momentum that’s already going in their favor,” Spalding said.

Furthermore, Spalding pointed out that intentions behind the CCP’s wolf warrior diplomacy and the state-run media’s rhetoric on Twitter reveal that “they don’t want to see him [Trump] reelected.”

Spalding also pointed out that the CCP used the same strategy to interfere with the U.S. domestic politics. The anti-Trump forces in both the Democratic and Republican parties have put certain narratives through the media and on social media, and “the narrative that the Chinese Communist Party then adopts through their proxies and bought,” he analyzed, “it’s bandwagoning.” The CCP used the strategy of “amplifying that message” in the issues of “Antifa and Black Lives Matter,” the general added.

US Bans WeChat and TikTok

Spalding revealed the threats the Chinese apps WeChat and TikTok pose to the American people. WeChat is widely used among Chinese users in China and in the United States, and TikTok is owned by ByteDance Technology, a Beijing-based company.

He pointed out that while the CCP banned Facebook and Twitter in China, it extends its influence to the free world through WeChat and TikTok, which “gives the Chinese Communist Party an effective ability to censor and control what happens on that platform and really control the narrative.”

“Using modern technology to control the narrative in order to have social, political and economic influence. It’s really a fabulous weapon of war,” he added

As to Beijing’s appeal to WTO regarding the ban, Spalding called out the CCP’s hypocrisy: “So in this case, the Chinese Communist Party is completely two faced and saying, ‘Hey, why are you blocking WeChat and TikTok,’ when they do that, behind the Great Firewall, having spent a lot of time negotiating with the People’s Liberation Army.”

Spalding also elaborated on the power and influence of big companies such as Facebook, Google, Netflix, and Amazon. He said that these companies “have created this power to influence on the basis of data they collect on individuals … they use it to make essentially trillions of dollars in wealth.”

He compared them with similar Chinese companies such as Baidu and Alibaba, highlighting the fundamental difference that besides economic gain, the CCP “use it for social and political influence as well. So this is the power of an authoritarian regime in the 21st century.”

Spalding makes a clear distinction between the CCP and the Chinese people, “so you have to separate the Chinese Communist Party,” he stressed. He tried to push the distinction even when he was in the White House.

He said that when the CCP is being criticized or sanctioned, it relies on the confusion between the Communist Party, China, and the Chinese people to challenge U.S. policies.

The rhetoric in both Chinese and western media benefit the CCP as they “portray those [policies] as being either racist or xenophobic against China or the Chinese people,” he said.

“They’re a malign actor, they’re a totalitarian regime, but they don’t actually support the Chinese people. And when you criticize them, you are criticizing the regime, you’re not criticizing the nation or the people.”