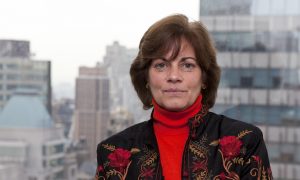 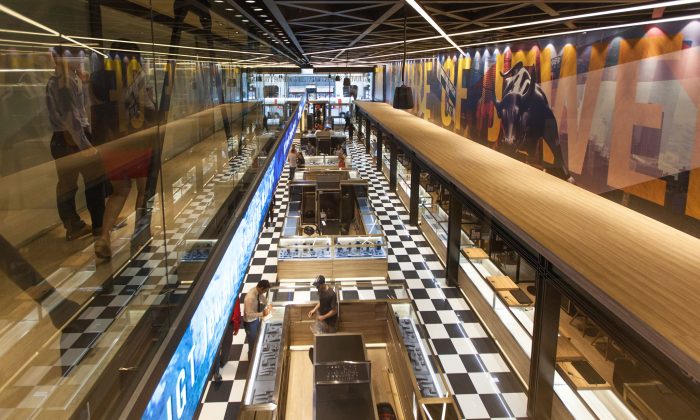 The story of the Gulaylar Group brings to mind the patrimonial capitalism of the Gilded Age, when the helms of industries were passed down the family line. The nearly 80-year-old Turkish conglomerate headed by Mehmet Gulay, son of the founder Ihsan, for more than six decades, is showing no signs of slowing down.

The Gulaylar Group owns malls, resorts, and offices around the world. In the Diamond District, Mehmet’s grandson—also named Mehmet Gulay—oversees the group’s flagship project in New York, 20,000-square-foot boutique jewelry shopping mall at the base of the 34-story International Gem Tower.

The mall will house 35 retail jewelers on the first floor, eight gem repair and polish booths downstairs, and a mezzanine with seven offices.

“We want to revolutionize the shopping experience in the diamond district, but at the same time protect the culture here,” said the late 20-something Gulay from his desk on the second floor of the IGT Jewelry Shopping Mall that overlooks 47th Street. “We only rent to jewelers with at least 25 years of experience in the trade.”

The shops in the district netted over $1 billion in 2013, according to a report by the 47th Street Business Improvement District (BID). The amount accounts for a fifth of the economic activity on the block. Gulay said this is down from 15 years ago, and attributes this to the shops not keeping up with “the modern retail concept.”

Gulay sees the mall as modernizing retail on 47th Street by bringing the shopping experience there into the 21st century. The mall is secured with finger-and-retina scanning entrances and cameras that detect suspicious behavior, and its sleek glass and steel frames stand in stark relief with the damp, antiquated exterior of the rest of the block.

Inside, the compact arrangement of the booths is buoyed by the marble floor tiles and 25-foot ceilings that ameliorate any hints of claustrophobia. At the back of the mall is a Robusta Expresso Bar, an upscale cafe whose only other location is in the financial district.

That the street needs an architectural shakeup is not a universally shared view. Many on the street are satisfied with the status quo.

“The exchanges are full; retail continues to thrive,” said Michael Grumet, executive director of the street’s BID. “There are no empty booths, it’s hard to get a place on 47th.”

For Mehmet, the district’s very success has bred complacency. The Gulaylar Group has operated a smaller exchange on 47th Street for 15 years, where occupancy was always 100 percent.

“The landlords have no trouble finding tenants, so they don’t feel the need to invest,” he said. “A lot of brands who wanted to be in this traffic couldn’t find locations that fit with their company image.”

The striking design of the IGT, with a high-rise covered in pleat glass patterned to resemble square-cut diamonds, has certainly placated these concerns. Jewelers like Zela, Pristine Jewelry, and Josephine Trading will be plying their wares on 47th street for the first time at the IGT Jewelry Mall.

Others are moving into the mall from right across the street like Greg Samela, who will be moving his store, Kent New York, into the mall in the fall. His store will have 40 percent more space.

The repackaging and expansion of retailers at the IGT Jewelry Mall can be seen as a microcosm of the International Gem Tower as a whole, which has brought in new businesses to the block but has largely consolidated existing ones by bringing them under one roof.

“One day everyone will want to have an office here, because of the position, it has the most prestige,” said Christopher Slowinski, who has moved the office for his design company, Christopher Designs, to the IGT from 48th street.

The Tower may be the district’s key lever in furthering its retail edge as manufacturing dwindles. According to Martin Rapaport, the number of diamond cutters in the district has declined from around 3,000 to 300 between 1991 and 2006.

“The key now is to make the transition from a secretive diamond cutter guild to being a marketing and branding center for high-value diamonds,” Rapaport told the New York Times in 2006.

Gulay avers that the tower has already been a success at forging an international brand, and will bring in more business for the whole district.

“[IGT] has already become a brand in the world. When you go to the diamond shows in Belgium, Israel, India, everyone knows about the IGT, the IGT brand,” he said. “IGT and the IGT shopping mall has become the White House of the jewelry industry in the U.S.”

Like all waves of modernization, the IGT isn’t without its detractors. Its construction met opposition from many of the jewelers and owners of jewelry exchanges on the block.

Some feared higher rent, and others charged that the tower would box the district up in one building and leave the rest of the street empty.

“A lot of these buildings are owned by jewelry people, who don’t want to give up their business,” said Kenneth Kahn, executive manager of the World Diamond Tower, located at the eastern end of 47th street. “They’re not in the real estate business. Developers develop.”

Many of Kahn’s most prestigious tenants have moved to IGT, including the Gemological Institute of America, one of the premier facilities that teach gemstone quality inspection in the United States.

Kahn has been critical of IGT, saying that it has mostly just reshuffled the businesses already in the district and hasn’t really brought in news businesses to expand the district.

Extell Development, which built the IGT, maintains that the building has attracted many new venues to the district. Extell Sales Director Shari Neissani offered the example of the Beverly Loans Company, a high-end pawnshop based in Los Angeles, as a new business that the tower has added to the district.

Neissani added that the additional space provided by the tower has allowed many businesses to consolidate in one location instead of dividing their offices between 47th street and somewhere else in the city.

AS Diamonds is relocating to the IGT, where its headquarters will be 50 percent larger than at its previous location on 47th street.

“We sell very expensive items, it would go along with the items we sell, to be in a nice tower,” said Alain Spira, president of AS Diamonds, which has offices on five different continents.

“We thought it was of strategic importance to invest our main office in the new building; we believe 47th would need a facelift anyways, the way it looks now, it looks a little bit shady,” he added.

Not everyone has moved into the IGT. The famed Diamonds Dealers Club has remained at the World Diamond Tower.

“[Extell] built a beautiful exchange,” said Kahn, “it did pretty good, but it didn’t suck up the industry.”