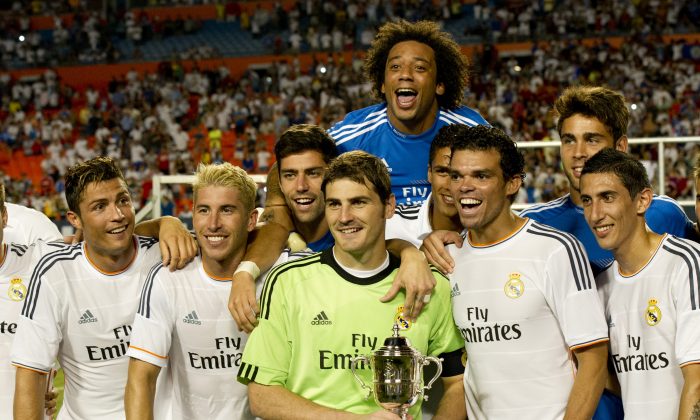 The Guinness International Champions Cup will be played from Thursday, July 24, to Monday, August 4.

The tournament will be played across several venues in the United States and Canada.

The stadiums where the games will be played are Sun Life Stadium in Miami, California Memorial Stadium in Berkeley, Sports Authority Field in Denver, Heinz Field in Pittsburgh, Soldier Field in Chicago, Fed Ex Field in Washington DC, Cotton Bowl in Dallas, Yankee Stadium in New York, Lincoln Financial Field in Philadelphia, U of Michigan Stadium in Ann Arbor, Bank of America Stadium in Charlotte, TCF Stadium in Minneapolis, and Toronto-BMO Field in Toronto.

The International Champions Cup first kicked off in the summer of 2013, and the idea behind it was to make the traditional European club pre-season tours into a competitive tournament.

Real Madrid beat Chelsea 3-1 in Miami in the final to finish as winners of the inaugural edition.

For the 2014 edition, the eight teams, Manchester United, Manchester City, Liverpool, Inter Milan, A.C. Milan, AS Roma, Olympiacos and Real Madrid, will form two groups of four, and play in a round-robin format.

The winner of both groups will play in the final at Sun Life Stadium in Miami on August 4.

Here are how the groups shape up:

Check out the schedule below. All times are in Eastern Daylight Time (EDT).