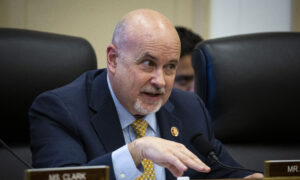 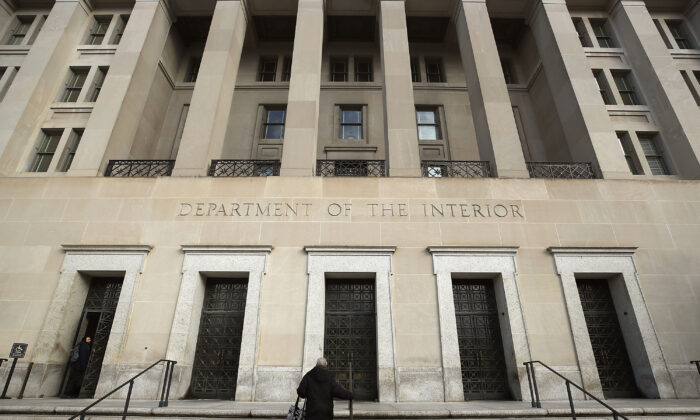 The Department of Interior in Washington in a file photograph. (Mark Wilson/Getty Images)
US News

The Department of the Interior has given 30-day notices to employees to relocate from Washington to the western United States or risk getting fired.

Hundreds of relocation notices were sent on Nov. 12, starting the countdown.

The notices, or “management directed geographic reassignments,” were hand-delivered to each of the people working at the Bureau of Land Management (BLM) headquarters and facing relocation, reported Government Executive.

Twenty-seven employees are being moved to the new headquarters, which will be in Grand Junction, Colorado. About 220 others who are based in Washington now will be relocated to different field offices in western states.

If employees don’t agree to their new locations by Dec. 12, they will face removal proceedings. If they agree, they’ll get 90 days to begin working at the new location.

Along with the letters, the bureau held an all-hands meeting on Tuesday to go over details of the relocations; some staffers asked for extensions, admitting they’re looking for new jobs in the capitol.

“The BLM relocation is moving full speed ahead,” Nick Goodwin, an Interior spokesman, told Government Executive. “The department intends to give BLM employees their legally authorized compensation and incentives, but ultimately it is up to Congress to decide if they want to deny these benefits to our employees.”

“We sincerely hope employees will be able to follow their positions to the new locations but there are many factors that an individual may consider when deciding whether or not to relocate, so it’s difficult to say at this time exactly how many people will choose to relocate,” added Derrick Henry, a BLM spokesman.

The administration of President Donald Trump is relocating a number of federal offices, including the Economic Research Service and the National Institute of Food and Agriculture, two research agencies inside the Department of Agriculture. Those agencies were relocated to Kansas City in moves expected to save millions of dollars.

According to KHSB, 61 employees relocated to the new location by the deadline. Some 600 were expected to be transferred.

The decision drew harsh criticism from government workers, who turned their backs on Secretary of Agriculture Sonny Perdue when he announced the move over the summer.

Two Senators last month introduced a proposal to relocate 10 other departments out of Washington to “economically distressed” regions of the country.

“That’s a big part of the problem with Washington, they are too removed from the rest of America. The HIRE Act will move policymakers directly into the communities they serve, creating thousands of jobs for local communities and saving taxpayers billions of dollars along the way.”