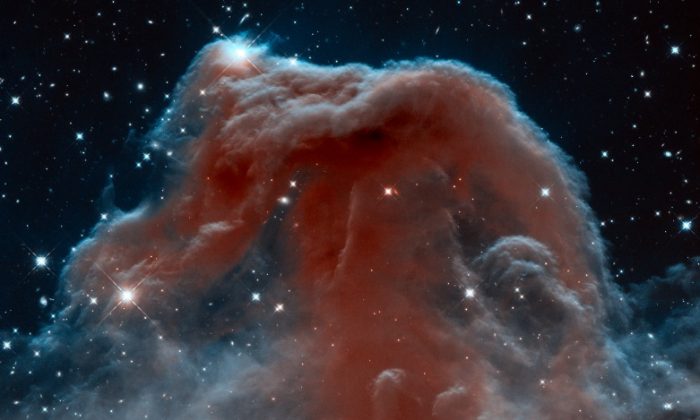 "If you’re there and buying your morning coffee, what’s the currency you’re going to use?"
By Joshua Philipp

The commercialization of space is now a reality. Virgin Galactic will launch its first commercial flight this year. A space hotel is set to be constructed by 2016. And now, the first steps are being taken to create an intergalactic currency.

PayPal will unveil PayPal Galactic on June 27 at 9 a.m. and bring together leaders in the scientific community, including the SETI Institute and Space Tourism Society, to help create a currency for space and off-Earth colonies.

The idea for PayPal Galactic came up while Marcus was having a discussion about the upcoming space hotel, and a question arose: “If you’re there and buying your morning coffee, what’s the currency you’re going to use?”

A slew of other questions followed, and Marcus said they realized “we have to come up with the answers since this is coming up in three years, and Virgin Galactic flies its first flight this year.”

They began discussions with members of the scientific community to find out what it would entail and this evolved into the creation of PayPal Galaxy. Following its announcement, the stakeholders will further this discussion with governments and companies working on space tourism, trade, and colonization.

Anuj Nayar, senior director of communications and social media at PayPal, said in a phone interview that the first step for PayPal Galaxy is “to drive the questions” on what would be required to create an intergalactic currency.

And the questions raised by PayPal Galaxy are by no means simple. How will banking systems adapt to intergalactic currencies? What about risk and fraud management? Who will regulate it?

Yet, PayPal is already in a unique position to help create this type of currency. “We already work with all the governments in every market,” Nayar said, “and that is exactly the point.”

The necessity for a space currency is only just emerging, yet for astronauts the need is already there when they are otherwise cut off from the market here on Earth.

“Trips to Mars, the moon, even orbit will require we provide astronauts and astro-tourists with as many comforts from home as possible, including how to pay each other,” Buzz Aldrin, the second person to walk on the moon and who will join PayPal at the unveiling of the new currency, said in a press release.

While space tourism is still an expensive endeavor, it appears likely to become more viable as interstellar commerce grows.

The idea is simple. Space hotels would mean job openings in space. Services would be needed, as well as deliveries of food and other products. As traffic increases, travel prices are likely to go down.

John Spencer, president of the Space Tourism Society, said in a phone interview: “Aviation in the beginning was a rich person’s pursuit. But what happens is, technology and awareness and interest, as it grows, brings the prices down.”

“It’s actually great timing for Paypal to step forward and begin to very seriously take an approach to see how we make a very scalable Internet and space payment system,” he said.

Spencer is helping push the bar for space tourism. As one of the first space architects he has designed functional moon bases, space hotels, and space super yachts.

He is also helping start the first space sports, and is helping plan a lunar race with moon rovers, “The Great Lunar Race,” to take place within the next decade.

The benefit of the increased interest in space is important, he said, since it gives people “a positive view, a healthy view of the future.”

The development of an intergalactic currency is also raising a unique discussion on how humankind could create a currency if we could start all over again, but have our current knowledge.

Hill Ferguson, PayPal vice president of global product, said in a phone interview, “We’re asking ourselves how we would do this from scratch if none of the hardware was there and none of the networks were built, and the answer is very different from where we are today.”

“You wouldn’t go to a new planet or a space station and start laying copper wire and creating hard currencies, or things like that,” he said. “You would skip those technologies and go straight to wireless communication protocols and mobile-based form factors.”

He said developing an intergalactic currency is the “ultimate product development challenge.” It’s also an interesting opportunity, since “you are starting from a place without a legacy.”

The new payment method will be officially announced by David Marcus, the president of PayPal, and astronaut Buzz Aldrin at the SETI Institute in Mountain View, California, on June 27. The live stream will begin at 9 a.m. PDT (12 p.m. EDT), and will be viewable here after 4 p.m. PDT.