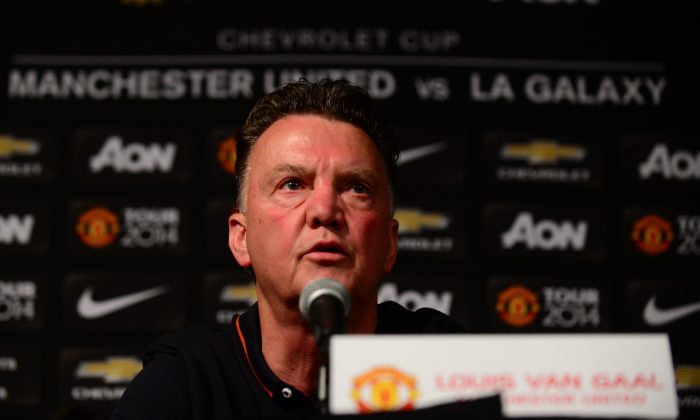 Inter Milan and Manchester United are scheduled for an International Champions Cup 2014 match on Tuesday, July 29.

The match will be broadcast on NBCSN, ESPN Deportes, SiriusXM FC, and ESPN Deportes Radio in the United States.

The match will also air on beIN Sports 1 in Andorra, France, and Monaco, HyppTV in Malaysia, True Sport 1 in Thailand, and SuperSports CH 202 in Singapore.

Live streaming of the game is available on MUTV (for subscribers only), Watch ESPN, NBC Sports Live Extra, and beIN SPORTS CONNECT.

New Man United manager Louis van Gaal has revealed that he will stick with a 3-5-2 formation for the rest of the pre-season so that the Red Devils will get used to it by the time the regular season comes around.

This is the same formation Van Gaal used with Netherlands when he was their head coach at World Cup 2014.

“It’s difficult to change the systems and I had to start this system at once because we don’t have time to change it,” Van Gaal said in a press conference in Washington DC.

“We only have three weeks before the season starts, so I have to use all my training sessions to implement this system.

“You saw that in the [Netherlands’] game against Mexico – I’m sorry to say that when we were 1-0 down I changed the system to 4-3-3 and then we beat them!”