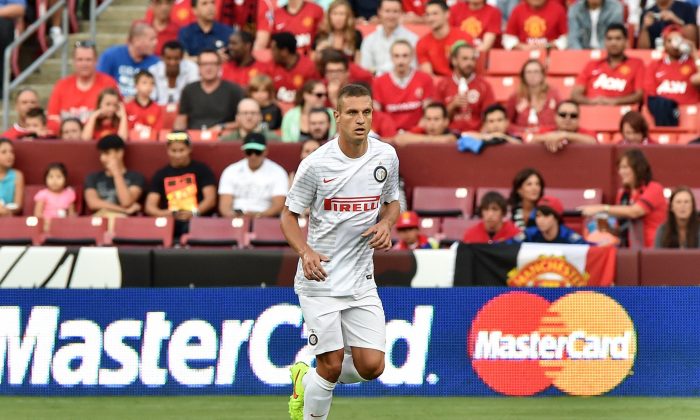 Inter Milan and Roma will face off in an International Champions Cup 2014 match on Saturday, August 2.

The game will be broadcast on Sky Supercalcio HD and Sky Sport 1 HD Italia in Italy.

Inter are 12/5 to win the match, while Roma are 5/4, according to OddsChecker.com.

The International Champions Cup is a competitive tournament held from Thursday, July 24, to Monday, August 4.

The idea behind the tournament was to give the traditional European clubs’ pre-season games a competitive edge.

For the 2014 edition, the eight teams, Manchester United, Manchester City, Liverpool, Inter Milan, A.C. Milan, AS Roma, Olympiacos and Real Madrid, will form two groups of four, and play in a round-robin format.

The winner of both groups will play in the final at Sun Life Stadium in Miami on August 4.

Here are the two groups: