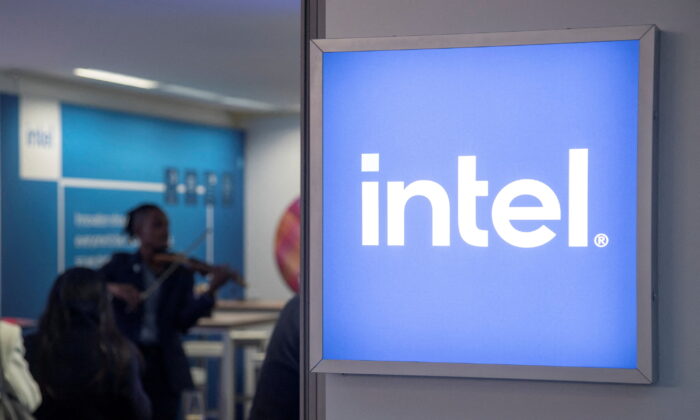 The Intel Corporation logo is seen at a temporary office during the World Economic Forum 2022 (WEF) in the Alpine resort of Davos, Switzerland, on May 25, 2022. (Arnd Wiegmann/Reuters)
Companies

BRUSSELS—U.S. chipmaker Intel has filed a claim for 593 million euros ($624 million) in interest from the European Commission, five months after it convinced Europe’s second-top court to scrap a 1.06-billion-euro EU antitrust fine, an EU filing showed on Monday.

Europe’s top court paved the way for such damage demands last year in a landmark ruling which ordered the EU executive to pay default interest on reimbursed fines in annulled antitrust cases.

Judges said late payment of interest will itself incur interest as well.

Intel in its application to the Luxembourg-based General Court said the Commission, which acts as the competition watchdog in the 27-country European Union, had refused to reimburse the company the default interest.

The Commission returned $1.2 billion to Intel after its court defeat in January this year.

Intel said its claim is based on an interest rate equivalent to the European Central Bank’s refinancing rate of 1.25 percent beginning from May 2009, and that this should be increased to 3.5 percent from August 2009 to February this year when the EU repaid the company fine, minus 38 million euros in an interest amount paid to Intel by the Commission.