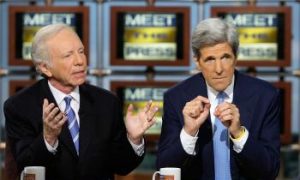 NEW YORK—Levy Zelishovsky, a 72-year-old insurance salesman in Brooklyn, received 643 summonses from the Department of Sanitation (DOS) earlier this month relating to a moving company he had never heard of. At $75 per ticket, Zelishovsky was hit with $48,000 in fines for illegally posting advertisements for Low Cost Relocation Moving Co. on lampposts in Brooklyn.

“It was only afterward that the unit discovered that Mr. Zelinshovsky had not had that number assigned to him since 2006 and they are notifying the Environmental Control Board to withdraw prosecution,” writes DOS spokesman Matthew Lipani in a statement.

Zelishovsky will appear before an Environmental Control Board judge on April 29 to officially solve the mystery of the illegal moving company fliers.