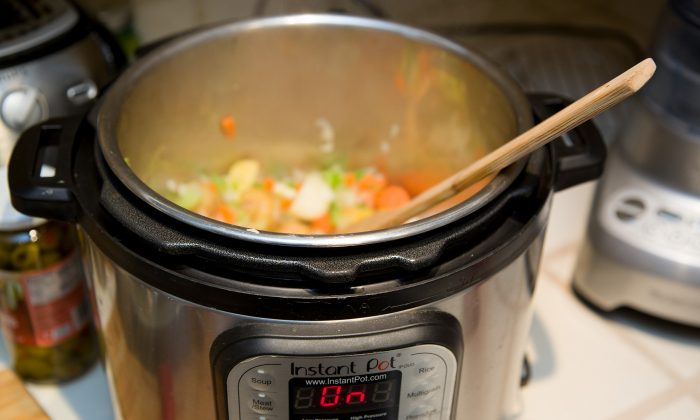 Company “Instant Pot” recently issued a warning to owners of their popular line of multi-cookers to stop using some of their models.

The reason—reports of overheating and melting damage.

For consumers to verify their batch code, they should check the silver label on the underside of their cooker product.

The company wrote they had “received a small number of reports,” adding that quality and safety are their primary concerns. They warned customers to “immediately stop use of the product,” according to their post.

But some customers complained in the comments that the issue had been prevalent for some time already.

“It’s not a few customers tho. There are countless people who have been waiting MONTHS since receiving this message as an email,” one person wrote.

Another commented, “Now you are posting the same form letter you send when anyone asks what the next step is? It was a few weeks, weeks ago. Stop resetting the clock and make this right.”

If you own a cooker from one of the affected batch codes, you can contact Instant Pot’s customer service department by emailing support@instantpot.com or calling 1-800-828-7280 and pressing 2 to skip the phone tree.

INSTANT POT WARNING! ⚠️ Check your kitchen and please help us let others know too! https://t.co/aSdtMVX4cu

The products have been hugely successful selling 215,000 7-in-1 units sold during last year’s Amazon Prime Da, according to FOX6.

The Instant Pot community Facebook page has over 1.2 million members.