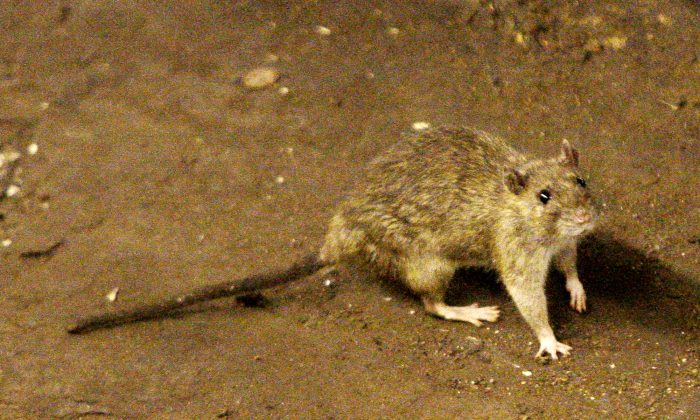 Instead of pizza, this New York City rat wanted a friend.

Watch: Rats Can Easily Get Into Your Toilet, And It’s Your Worst Nightmare

An Instagram video, which shows the rat climbing up a sleeping subway rider, has made its rounds on the internet—but it’s not so much the rat people are talking about.

Posted by Instagram user “copaantl98,” whose biography identifies him as Antony Lin, the brief video showing the rat has racked up over 5,000 views and over 300 likes after only three days of posting.

Most of the comments indicate viewers are finding the video funny; others tag their friends to spread the laughter; but every so often commenters attack Lin for his lack of action in warning the sleeping rider.

One commenter said: “never falling asleep on an empty train ever again!!!!!!”

“So you record him as opposed to maybe…uhhh, I don’t know…helping him??? You’ve got some serious issues,” one user posted.

Another user said: “this is wild…they charge $2.75 to roam with the rats…”

One annoyed user commented: “Why didn’t you try to wake the poor guy up instead of focusing on making the video?”

“This rat could’ve bit him and gave him a disease smh (shaking my head). That’s why I stay awake and be alert while in (sic) on the train,” one cautious user said.

A user who appears quite irked said: “You filmed this human being while a rat climbed on to him and you did nothing. You are the reason why humanity is failing.”

And while New York City rats are known to be typically scared of humans, at the end of the clip, you can hear the man crying out after being awoken by the fearless rodent.

See the video below for the pizza-eating rat from 2015 that got more than 9 million views on YouTube so far: