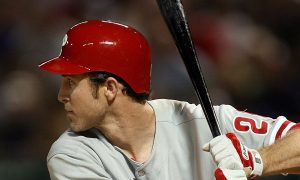 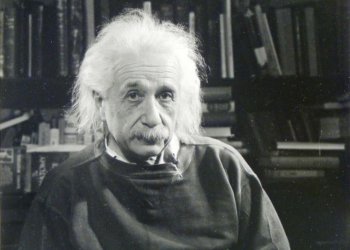 TIMELESS: The Latvian-born American photographer Philippe Halsman searched to capture the true character of his models. Albert Einstein was one of the many celebrities who sat for him. (Open Museum of Photography, Tel Hai, Israel)
Entertainment

Inner Jump—A Voyage Beyond the Image

By Maya Mizrahi
biggersmaller
Print
Philippe Halsman, the famous American photographer, who with his camera tried to touch the profundities of a celebrity’s soul, was born 105 years ago on May 2, 1906.

Albert Einstein, Marilyn Monroe, Winston Churchill, Richard Nixon, John F. Kennedy, the Duke and Duchess of Windsor, and many others sat in his model chair. With confidence, they dared to expose before him a more intimate face.

Philippe Halsman (1906–1979) remained an immigrant all his life. From Latvia, his natal country, he immigrated to Paris, where he founded his first photography studio in 1932. In 1940, he was saved from the Nazis with the help of Albert Einstein and escaped to the United States.

Since the beginning his work was recognized and appreciated thanks to his portraits and fashion photography. His work appeared in magazines like Vogue and Paris Match. He photographed artists, public personalities, and writers like André Malraux, Paul Valéry, Marc Chagall, André Gide, and others.

In the United States, he was inspired to look more deeply into the hidden secrets of the human soul. He continued to work for different important magazines such as Life.

Halsman can be distinguished from other photographers by his capacity to “break” the glorified image of his subject in order to transmit something beautiful and authentic.

“Most people stiffen with self-consciousness when they pose for a photograph,” said Halsman in the book “LIFE Library of Photography” by Time-Life. He continued, “Lighting and fine camera equipment are useless if the photographer cannot make them drop the mask, at least for a moment, so he can capture on his film their real, undistorted personality and character.”

Interiority for Halsman was more important than appearance, and his work is based on this philosophy. He didn’t hesitate to stay long hours with the model in his studio in order to obtain the result he wanted. This fierceness may be related to his immigrant identity, which made him search the essence of his subjects, instead of their image and definition.

In the book “The Picture History of Photography,” Halsman said of the person sitting as his model: “I do not direct the sitter—the only thing I try is to help him over his fears and inhibitions. I try to capture what I feel reflects something of his inner life. The main goal for me is not to impose my own ideas of the subject, but rather to get at the psychological truth of the subject and present it in a valid form, a graphic form—but I would always sacrifice design for content.”

Halsman used psychology in order to help models forget about their appearance. He said, “It can’t be done by pushing the person into position or arranging his head at a certain angle. It must be accomplished by provoking the victim, amusing him with jokes, lulling him with silence, or asking impertinent questions, which his best friend would be afraid to voice,” according to information about the past exhibition “Philippe Halsman: A Retrospective.”

Halsman invented and developed a unique approach to photography, which he called “Jumpology,” where Halsman would ask his models to jump for the photo. He was the first photographer who ever convinced respectable and serious people like Richard Nixon or the Duke and Duchess of Windsor to jump for him.

As quoted in the exhibition’s material, Halsman said, “… often, before approaching the person, my heart would beat, and I would have to fight down all my inhibitions in order to address this request to my subject. At every time when the subject agreed to jump, it was for me like a kind of victory.”

Halsman discovered that the jump revealed a hidden side of the people he was photographing, obtaining a new and more interesting result. According to the exhibition’s material, he said, “When you ask a person to jump, his attention is mostly directed toward the act of jumping, and the mask falls so that the real person appears.”

Currently 30 photographs by Philippe Halsman are on display until June 30 at the Open Museum of Photography in Tel Hai, Israel.