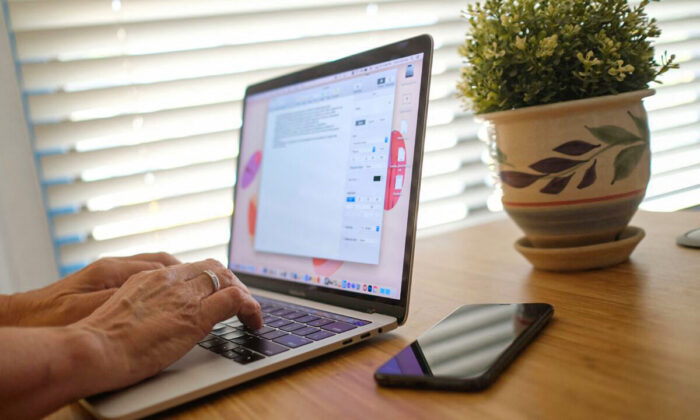 A person works on their laptop from a home office in Los Angeles on Aug. 13, 2021. (Chris Delmas/AFP via Getty Images)
US

Information workers doing their job remotely have been found to be less productive over the long term, according to a study on staff at Microsoft.

Whilst the study’s authors observed a productivity increase in the short-term immediately after companies made a switch from in-office to working remotely, work hours increased over a prolonged period, which was indicative of reduced productivity.

Researchers noted a “siloed” network, with fewer connections between formal business units, and within informal networks, creating condensed groups with few connections. Studies have shown, that compacted networks with limited connections impede the transfer of information, and reduce the quality of output.

Further, employees would preferentially communicate with people they knew well in the same team, rather than newly-formed contacts that serve as a “tie” between teams and departments. Staff reduced the time they spent with workers that serve as bridges between work units.

Additionally, rather than communicating synchronously through calls and video calls, there was an increase in asynchronous communication through texts and messaging.

“In other words,” the authors wrote in the study, “different portions of the network, which became less interconnected, also became more intraconnected.”

“We expect that the effects we observe on workers’ collaboration and communication patterns will impact productivity and, in the long-term, innovation,” they wrote.

Work arrangement variations brought on by the pandemic are expected to continue despite the crisis being mostly over, the study speculated.

The study said company and innovation investments made during the pandemic to support remote working, may lead to longer-termed remote or hybrid working arrangements in major companies for some time.

Tesla, however, has gone the opposite direction with Tesla CEO and founder Elon Musk emailing his staff to return to work in the office for at least 40 hours a week, otherwise “we will assume you have resigned,” on May 31.

The pandemic has affected how companies make their workplace arrangements.

Before the pandemic, around 6 percent of Americans worked remotely, while during the pandemic, however, over a third worked from home.

A majority of companies may not keep the full remote work policies after the pandemic but a survey of 800 executives by Mckinsey revealed workplaces are also unlikely to return to their pre-COVID-19 work arrangements.

Most likely they will switch to a hybrid work model with a mixture of in-office and remote work arrangements.

The study on Microsoft staff further highlighted concerns about how the pandemic affected working arrangements for employees, with companies such as Twitter, Facebook, Square, Box Slack, and Quora taking the shift “one step further,” by introducing longer-term and even permanent positions that will allow employees to work remotely even after the pandemic.

The authors suggested that firms making these decisions without evidence of improved productivity “may set suboptimal policies,” with “some firms that choose a permanent remote work policy may put themselves at a disadvantage by making it more difficult for workers to collaborate and exchange information.”

Investments in workers and firms, as well as innovations made to support remote work, make it likely that some versions of remote work will persist after the pandemic.

“In light of this fact, the importance of deepening our understanding of remote work and its impacts has never been greater,” the authors concluded.