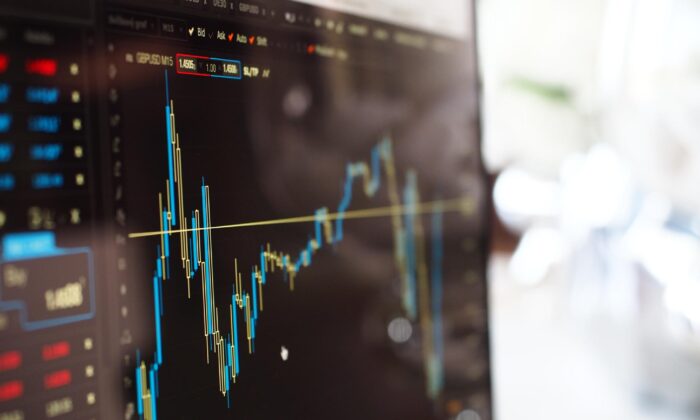 Inflation Is a Weapon of Destruction

Just how bad can inflation get in the United States? Don’t trust the experts at the top to tell you.

The Biden administration assured us that rising prices were transitory. If you listened carefully to their words back then, and knew something about economics, you could know it wasn’t true. They claimed that the price increases were a sign of recovery from covid disruptions. Then they deflected blame to oil companies, food processors, shipping companies, and Putin, everyone but Congress and the central bank.

Now, they are saying not to worry: the Fed has it all figured out and will fix the problem through some mysterious mechanism of control that it simply does not have. It can restrain system-wide liquidity now but it cannot undo the damage of the last two years.

Based on the numbers I’m seeing—and based on an overly simplified model overlaying money supply increases with consumer prices—we have a very long way to go before the policy disaster of the last two years is washed out of the system.

Here is money quantity (M2) compared with the consumer price index since 2019, both expressed in terms of the percent increase year over year. The peak rate of money expansion was 27.5 percent. Prices have nowhere near caught up to adjusting to the floods of new money on the street. They simply will have to.

This is a very interesting picture because, if you have your decoder ring on, it nearly tells you the entire story of the last two years.

If you knew nothing else but what this picture shows, you can tell that something extremely strange was going on. You can discern that something truly horrible must have happened to cause such a switch in central bank policy. Whatever it was, it prompted destructive actions that would surely have terrible effects over the long term.

Now let’s take a look at the same chart but with the addition of the producer price index. This tabulates the prices that final sellers pay for input prices across the entire structure of production. Here we see the rate of change is more direct: the flood of money comes, there is a lag, and the prices adjust. The effects of devaluation are felt more directly and sooner by producers before it arrives at the consumer level. And yet even here, if this model holds, the potential for dramatic changes in wholesale prices is still in place.

If this is correct, and we assume no other factors that would mitigate outcomes, prices at all levels, but especially on consumer goods, have a very long way to go on an upward trajectory before we get to a new equilibrium. And that presumes that the Fed stays the course and continues to try to mop up after the disaster. That is by no means a foregone conclusion.

Think back to 2008 when we had another crisis in which the Fed intervened to pump up markets and add liquidity to save the system. The managers of the institution in those days, led by Ben Bernanke, were very aware that their actions could have deleterious effects on markets and prices.

That little plot, however, created a form of intellectual arrogance at the Fed. It came to be widely believed that the Fed could do whatever it wanted to support markets without creating too much damage in the form of widespread inflation. Sure, believing that meant pretending as if the whole history of monetary policy had nothing to teach us, but arrogance is capable of remarkable levels of denial.

Therefore, when the lockdowns came in 2020, the Fed decided to unleash all its powers to cover up for the disaster of lockdowns. Talk about nuts! They did it anyway. It truly boggles the mind.

Now, you could say that the Fed had no choice. Congress was spending like mad, creating trillions of new federal debt with each Zoom call. Someone had to sop all that up. The Fed created a market for it, same as it did in 2008 with mortgage-backed securities that were going belly up.

But there was one key difference: this time the Fed’s money floods were handed out directly in the form of cash payments to both producers and consumers. It was truly as close as reality comes to flying helicopters over the country (and world) and dropping cash.

It’s absolutely stunning to everyone who knows anything about cause and effect in economics that such a policy would take place. Was no one in Washington thinking even for a moment about the future? Apparently not!

Did everyone somehow forget about economics for two years? Seems crazy until you consider that in the same two years everyone seemed to forget about cell biology too. Well, not everyone. But those of us who were sounding alarms were smeared, dismissed, and silenced. And here we are today, dealing with all the consequences.

One hundred years ago, Ludwig von Mises wrote a masterpiece called “Socialism,” which, chapter by chapter, remains among his most compelling books. Indeed, it might still be my favorite. I just revisited the last section on what he calls “destructionism.” This is the stage of socialism that unfolds once all the policies have completely failed.

As part of destructionism, he includes inflation. Why? Because it is what the central bank undertakes, at the behest of its government masters, as a means of covering up for the policy failings of the political elites. In other words, it’s a scam to save careers and reputations. But Mises’s point is that it never works. It only worsens long-run outcomes.

“By destroying the basis of reckoning values — the possibility of calculating with a general denominator of prices which, for short periods at least, does not fluctuate too wildly — inflation shakes the system of calculations in terms of money, the most important aid to economic action which thought has evolved.”

Inflation is not an effective means of “abolishing the effects of an evil statist policy,” Mises writes. “It merely hides them from the eye of the multitude … and the chaos which follows, the money system collapsing under the avalanche of continuous issues of additional notes, gives a favorable opportunity for completing the work of destruction.”

“Increases in the quantity of money and fiduciary media will not enrich the world or build up what destructionism has torn down. Expansion of credit does lead to a boom at first, it is true, but sooner or later this boom is bound to crash and bring about a new depression. Only apparent and temporary relief can be won by tricks of banking and currency. In the long run they must land the nation in a profounder catastrophe. For the damage such methods inflict on national well-being is all the heavier, the longer people have managed to deceive themselves with the illusion of prosperity which the continuous creation of credit has conjured up.”

Those prophetic words were written 100 years ago. They perfectly describe what is happening today. They deployed all the powers of the state to crush a biological pathogen they could not see and which would not go away. It was an absolutely delusional policy. Of course the central bank was tapped to cover up the failure.

The folly is unspeakable and the effects are devastating.