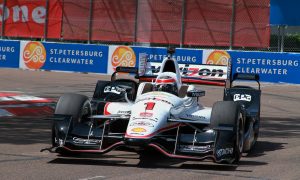 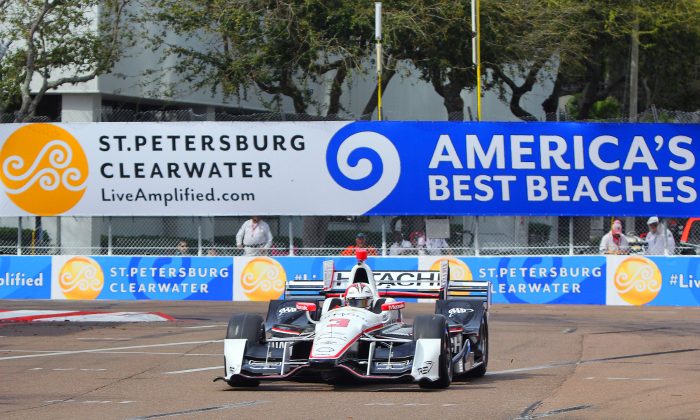 ST. PETERSBURG, Fla.—For the twelfth straight year America’s fastest open-wheel racers are screaming down the streets of the seaside city of St. Petersburg.

The Verizon IndyCar Series is bringing the latest versions of its 650-bhp, twin-turbo, V6-powered formula cars to race on a tight and twisting 1.8-mile, 14-turn course laid out on its bayfront thoroughfares and a runway of a small private airport, in an event called the Firestone Grand Prix of St. Petersburg, or the St. Pete GP.

This year the race is the season opener— the first time the teams and drivers get to test their off-season developments in a competitive environment. So, the off-season work seems to have paid off.

Two-time St. Pete GP winner Will Power of Penske Racing managed to set fast lap of the day at 1:00.9431 at 106329 mph, only three-tenths of a second slower than his lap record, set last year—and he did it after wrecking and nearly destroying his Chevrolet-powered Dallara in morning practice.

The Honda-powered cars, which were woefully slow last season, seemed to be on par with the Chevys, at least in Friday’s two practice sessions. Simon Pagenaud’s Penske Chevrolet was quickest in the morning session, but Jack Hawksworth’s Honda-powered Foyt Racing Dallara was only six-hundredths of a second slower.

Sato told IndyCar that the new Honda aero package feels more stable. The car will be even faster, he supposed, when Honda finishes its 2016 engine which is more powerful and offers better drivability.

Ganassi driver Scott Dixon was second in the afternoon, also in a Chevy-powered car, followed by Graham Rahal’s Honda. Rahal won the race in 2008.

Penske managed to get two drivers into the top five in each session, not too surprising for a team which has won the event seven times. And while Honda was updating its aero kit, Chevy wasn’t sleeping. Will Power said Chevy’s new rear wing makes the kit more efficient and the car, quicker. He opined that the cars might break the one-minute mark in qualifying if the wind and weather cooperated.

The three levels of the Mazda Road to Indy—USF2000, Pro Mazda, and Indy Lights—are all racing twice during the three-day event. Each of these open-wheel series is one step closer to IndyCar, with a little more power and a little more aero than the next. All are highly competitive—every young driver who dreams of racing in the Indy 500 wants to prove him- or herself on the lower rungs of the ladder.

Pirelli World Challenge is also at St. Pete with four races: two for its GTS class, and another pair for the combined GT, GT-Cup, and GTA classes. Fans who want to see Mustangs and Camaros race Lotuses and Maseratis, Ferraris and McLarens face off against Porsches and Mercedes.

The Verizon IndyCar Series Firestone Grand Prix of St. Petersburg will take the green flag around 12:50 p.m. on Sunday, March 13. For tickets and information visit the St. Pete GP website.