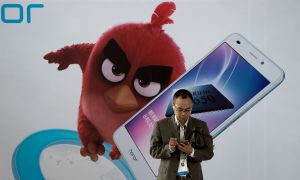 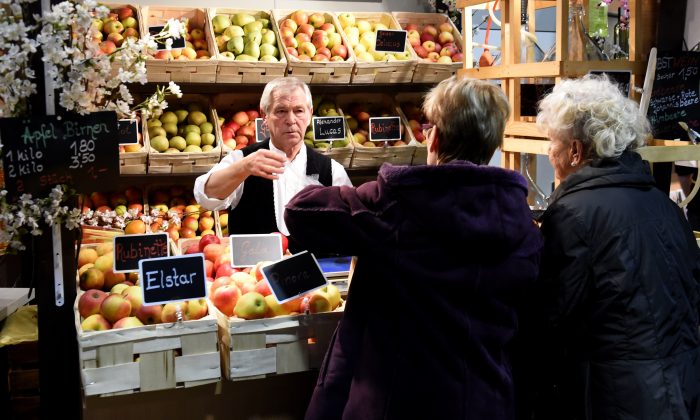 A vendor sells apples in Berlin, Germany, in a file photo. The European Court of Justice has ruled that all employers must set up a system to record hours worked by staff. (Tobias Schwarz/AFP/Getty Images)
Europe

BRUSSELS—Europe’s top court has ordered companies across the continent to start logging every hour their employees work in a crackdown on overtime and flexible working that has dismayed business leaders.

The European Court of Justice ruled that all employers must set up “an objective, reliable, and accessible system” for recording hours worked by staff following a legal challenge from a Spanish trade union.

Judges sitting in Strasbourg, France, said that without such a process, it’s impossible for businesses to “objectively and reliably” determine whether they are in compliance with the EU’s stringent labor laws.

The ruling won plaudits from trade unions and employers’ rights groups that said it was a crucial step toward enforcing rules already in place to protect workers from being exploited.

However, their judgment was met with immediate concern from conservative politicians and industry leaders who warned it will add more red tape for small- and medium-sized companies and stifle Europe’s competitiveness.

The influential Confederation of German Employers’ Associations, representing business owners in the EU’s largest economy, described the move as an economic step backward.

“We employers are against a universal reintroduction of the time clock in the 21st century. You cannot react to the demands of labor world 4.0 with a work time recording system 1.0,” the group said in a statement.

The ruling fuels fear that Europe’s competitiveness is being dented by overly rigorous labor laws at a time when it is embroiled in economic battles with both the United States and China.

“This is another example of unnecessary EU red tape that completely misunderstands the modern economy,” Dalton said. It underlines why [British] people voted to leave [the EU]. It’s regulation that both British businesses and British workers could do without.”

The British Chamber of Commerce, which represents tens of thousands of businesses across the UK, warned that the new rules could penalize staff members who want to work flexible hours or base themselves at home for several days a week.

“The modern workplace relies on greater flexibility between employees and employers, and therefore implementing this ruling into UK law will require extensive consultation with business,” said chamber director of policy Mike Spicer.

“The changing nature of the UK workforce, with increased home and remote working and flexibility, means that direct supervision is often challenging, and relies on a degree of trust between employee and employer. “If this is to avoid being eroded, it is vital that the government commits to engaging with business communities to see how this can work in practice.”

The court said it will be up to national authorities across the EU’s 28 member states to decide exactly how they comply with the ruling “having regard, as necessary, to the particular characteristics of each sector of activity concerned.”