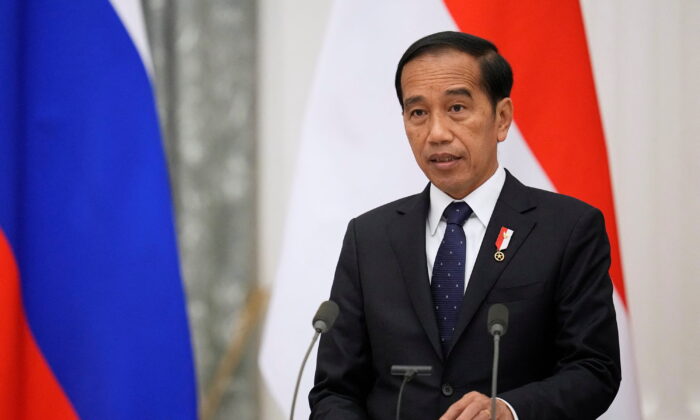 Indonesian President Joko Widodo has said that the country is weighing “all options” and may join India and China in purchasing Russian oil amid soaring energy prices.

“We always monitor all of the options. If there is the country [and] they give a better price, of course,” Widodo said in a recent interview with the Financial Times after being asked whether Indonesia would buy Russian oil. “There is a duty for [the] government to find various sources to meet the energy needs of their people. We want to find a solution.”

His comments come as tensions in Southeast Asia’s largest economy have been steadily rising since the government raised subsidized fuel prices by about 30 percent earlier this month in an effort to reduce the country’s multibillion-dollar budget deficit.

At the time, Widodo said the government was forced to raise fuel prices because of a “difficult situation,” noting that he had wanted “domestic fuel prices to remain affordable by providing subsidies, but the budget for subsidies has tripled and will continue to increase.”

Indonesia has been hit hard by rising global oil prices and the weakening of the Indonesian rupiah currency.

However, the move sparked mass protests across the country that have sometimes turned violent, with thousands of people taking to the streets of Jakarta and other large cities to oppose the decision. In some cases, they were confronted by police, who deployed water cannons and tear gas, according to reports.

Demonstrators are saying that raising fuel prices will deal a further blow to Indonesians who are still suffering from the economic repercussions of the COVID-19 pandemic.

This isn’t the first time that violent protests have broken out in Indonesia because of fuel prices. In 1998, mass protests erupted after then-President Suharto raised prices by up to 71 percent, resulting in the deaths of 1,200 people. Suharto later resigned.

However, for decades, the Indonesian government has subsidized fuel, which makes up more than 80 percent of state-owned oil and natural gas giant Pertamina’s sales.

The price hikes will have a drastic impact on Indonesian households and small businesses. About 10.1 percent of Indonesia’s population lived below the national poverty line in 2021, according to the Asian Development Bank.

Inflation in the country hit 4.7 percent in August—marking the third month in a row that it rose above the central bank’s target range.

Despite Widodo’s government considering purchasing Russian oil, the country could be subjected to sanctions if it moves to purchase Russian crude oil at a higher price than the price cap agreed on by the G-7 countries, which include the United States, the UK, Germany, France, Italy, Japan, and Canada.

The price cap aims to “reduce Russian revenues and Russia’s ability to fund its war of aggression while limiting the impact of Russia’s war on global energy prices.”

In August, Sandiaga Uno, Indonesia’s minister of tourism, said Indonesia had been offered Russian oil at a 30 percent discount to international market prices and that the country was reviewing the offer.