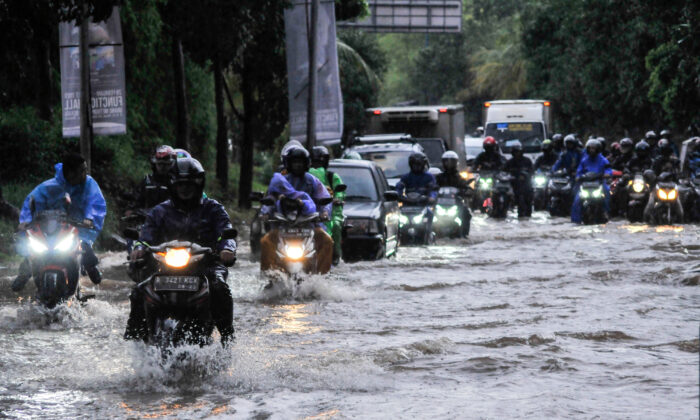 Jakarta was hit by some of the heaviest rain since records began at the beginning of the year, causing floods that killed more than 60 people and displaced about 175,000. Several other minor floods have hit different parts of the city since.

Jakarta and surrounding areas are home to more than 30 million people and extremely vulnerable to flooding. Parts of the city are below sea level and uncontrolled population growth has exacerbated the problem.

“We are concentrating on mitigation. We have prepared all resources to be deployed,” he told reporters.

Dwikorita Karnawati, head of Indonesia’s weather agency, said data showed extreme rain events occurring with rising intensity in the past 30 years and with a higher frequency in the past 10 years.

“This needs to be monitored and managed because it is an indicator of global climate change that has a local impact,” she said.

Nana Setiawan, a 50-year old resident of East Jakarta, said his house has been hit by floods four times this year.

“I moved here three years ago, and as far as I know, normally the floods will only happen once a year or even once in five years. But this year it’s already been four times and today is the worst,” he told Reuters.

Hundreds of people had been evacuated on Tuesday, said Yusuf Larif, a spokesman for the National Search and Rescue Agency.

Jakarta’s Search and Rescue posted videos on Twitter showing women and children being ferried by boat and rescuers steering past a half-submerged minivan.

Power was shut off to more than 1,600 substations to ensure safety.

Anton, 36, a resident of the badly affected Kelapa Gading district, said authorities should do more to tackle the problem.

“This flooding has happened on January 1, New Year’s Day, and over Chinese New Year, too. And now this.”