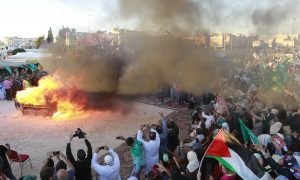 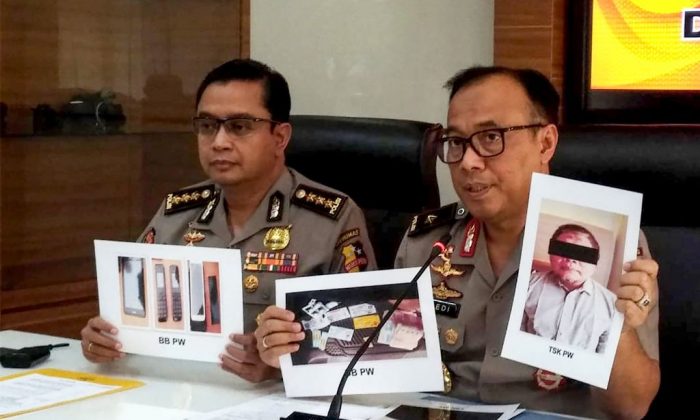 Indonesian Police Arrest Leader of Network With Ties to Al-qaeda

JAKARTA—Indonesian police have arrested the leader of the Jemaah Islamiyah Islamic extremist network linked to al-Qaeda, authorities said on Tuesday, on suspicion of recruiting members and sending them to Syria to train with terrorist groups.

Counter-terrorism police also arrested at least four other suspects linked to Para Wijayanto, who experts say was a student of Abu Bakar Basyir, also known as Abu Bakar Bashir—the man accused of being the mastermind of the 2002 Bali bombings that killed more than 200 people. Bashir was the spiritual leader of Jemaah Islamiyah (JI).

Wijayanto, who had been on the run since 2003 and had trained with terrorists in the southern Philippines, was arrested with his wife on Saturday on the outskirts of Jakarta, the capital.

Indonesia’s elite counter-terrorism squad, Densus 88, was created in the wake of the 2002 Bali bombings to quash JI and similar groups in the world’s largest Muslim-majority country.

Security forces were seen as being successful in breaking up extremist networks after key figures like Bashir were rounded up and jailed, but many went underground.

“There are still many JI members, and after the fall of Osama bin Laden, they became sleeper cells,” said Stanislaus Riyanta, a terrorism analyst based in Jakarta.

“The fall of Islamic State may have left a gap for JI to rise again.”

Indonesia scrambled to tighten its anti-terrorism laws after a series of suicide bombings killed more than 30 people in the East Java city of Surabaya last year. Hundreds of people have been detained under the new laws since the beginning of 2019.