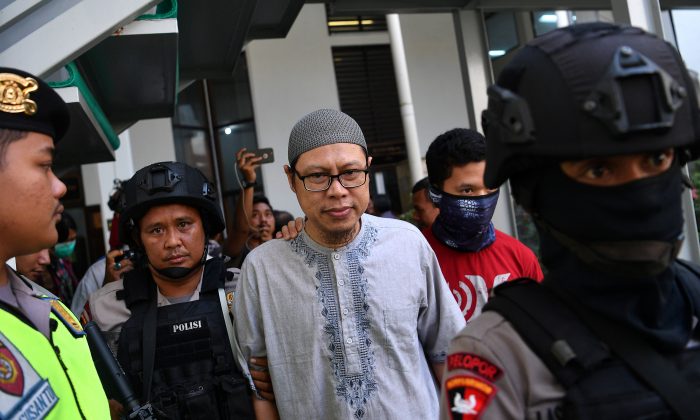 Senior JAD figure Zainal Anshori stood up and shouted “Allahu akbar” when the judge delivered the ruling in the heavily guarded courtroom in Jakarta, capital of the world’s largest Muslim-majority country.

JAD is a U.S.-listed terror organization with thousands of followers in Indonesia.

Its leader, Aman Abdurrahman, was sentenced to death last month for masterminding from his jail cell a string of deadly attacks.

The ban and recent changes to anti-terrorism laws will empower police to detain JAD sympathizers, experts say. Police have long complained of not being able to act against the group.

JAD has been linked to attacks across the country in recent years, including suicide bombings in the city of Surabaya in May that killed more than 30 people.

The group’s lawyer Asludin Hatjani said JAD would not appeal the verdict.