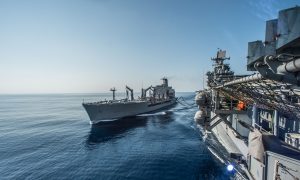 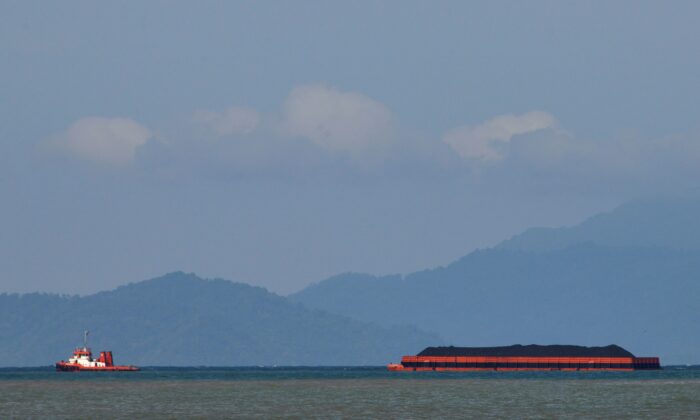 A tugboat near the coast of Banda Aceh, Indonesia in a file photo. (Chaideer Mahtuddin/AFP/Getty Images)
Asia & Pacific

JAKARTA—Indonesia has summoned China’s ambassador to clarify the deaths of four Indonesian crew from two Chinese-flagged vessels, Indonesia’s foreign ministry said on May 7, after rights groups alleged the crew were mistreated and exploited.

The ministry issued a statement after a video was circulated on social media, appearing to show a burial at sea aboard a Chinese-flagged ship. The footage showed a group of men praying around an orange body bag before it was tossed into the ocean.

A Chinese embassy official in Jakarta did not immediately respond to a request for comment after the ambassador was summoned.

Indonesian Foreign Minister Retno Marsudi later told a news conference that three Indonesian crew members had died aboard Chinese-flagged fishing vessels since December and had been buried at sea.

Marsudi said she had asked Xiao Qian, China’s ambassador to Indonesia, for clarification of whether the burials had been carried out at sea in accordance with International Labour Organization (ILO) rules and whether “unsuitable” conditions on board the vessels contributed to the deaths.

The Environmental Justice Foundation (EJF), a British-based environmental rights group, alleged in a statement that some crew members had worked 18 hours a day, were paid little more than $1 a day and those who fell sick were not immediately taken for medical treatment ashore.

“Advocates for Public interest law (APIL) and EJF are calling for an urgent investigation by Chinese and international authorities into the conduct of this fleet of vessels,” EJF said.