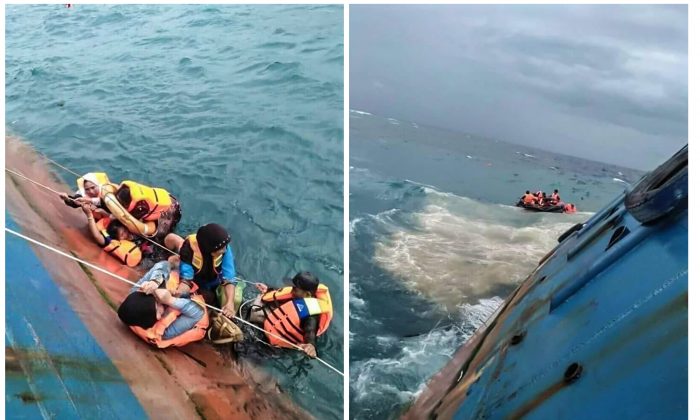 JAKARTA—At least 29 people died after a ferry sank near Indonesia’s Sulawesi island, officials said on July 4, as rescue teams searched for dozens of missing passengers a day after the country’s latest ferry disaster.

The sinking on July 3 came a few weeks after an overcrowded ferry sank on Lake Toba, one of the world’s deepest volcanic lakes, claiming more than 200 lives.

The regional disaster mitigation agency said 29 people were confirmed dead in the accident on July 3 and 41 remained missing. Another 69 passengers had been rescued.

The ferry was carrying an unknown number of vehicles when it began to fill with water and sink. The vessel was close to shore and the captain ran it onto a reef in a bid to help the rescue effort, a transport ministry official told Reuters.

Television images on July 3 showed dozens of passengers hanging on to the keeling vessel or bobbing in the water wearing life jackets.

After last month’s sinking, one of the deadliest in nearly a decade, a two-week search and rescue effort located the vessel at a depth of 1,500 ft with victims trapped inside, but technical and logistical challenges forced the recovery to be called off.