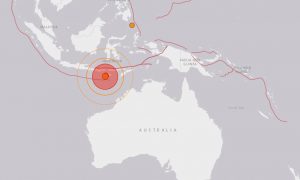 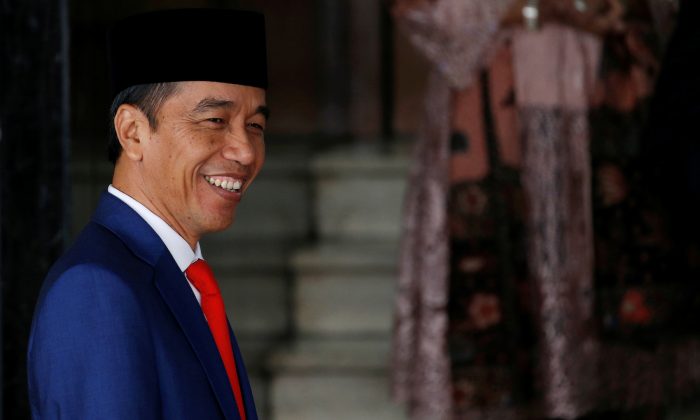 Indonesian President Joko Widodo smiles at reporters as he arrives before delivering a speech ahead of Independence Day, at the parliament building in Jakarta, Indonesia, on Aug. 16, 2019. (Reuters/Willy Kurniawan)
Asia & Pacific

JAKARTA—Indonesia should do more to develop downstream industries to process natural and mineral resources domestically, bolstering Southeast Asia’s largest economy, President Joko Widodo said in his state of the union address to parliament on Friday, Aug. 16.

Widodo listed minerals such as bauxite and nickel, as well as coal, palm oil and fisheries, as the type of resources Indonesia should process more of onshore to increase their value before exporting.

Indonesia is a major exporter of resources such as nickel ore and talks of expediting a mineral export ban due in 2022 sent London nickel prices to a 16-month high earlier this month, while Shanghai nickel hit a record high.

“We need disruptive innovations that are turning impossibilities into opportunities,” Widodo told the parliament.

“We are building a downstream industry for nickel to make ferronickel, so its value can increase by four times,” he added.

Widodo’s ministers have said the president has asked for input from his cabinet on possibly moving forward a ban on the export of unprocessed ores from 2022, and that he is expected to decide “some time in the future”.

“We have produced our own jet fuel, but we can do more than that, we can export jet fuel and we also want to produce palm-based jet fuel,” he said.

The government wants to expand the use of palm oil into the energy sector to absorb excess supply amid sluggish global demand for the vegetable oil, while addressing the country’s energy needs.

During the speech, Widodo, who is due to start his second term in October, also repeated promises to continue regulatory and bureaucratic reforms.

Government institutions that have similar roles will be merged and inefficient civil servants will be removed, he said.

The president, however, said some areas require tighter rules as a response to advances in technology, including on data protection due to cybercrime.

“Data is the new type of wealth for our nation, it is now more valuable than oil,” he said.