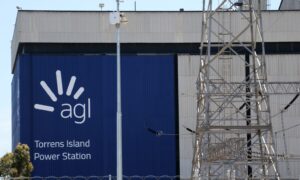 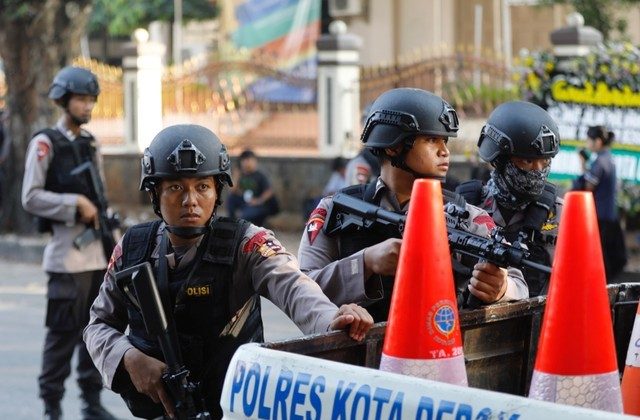 DEPOK, Indonesia — A hostage crisis at a high-security jail in Indonesia ended on Thursday after Islamist militant prisoners who killed five police surrendered and released an officer they were holding, police said.

The five members of an elite counter-terrorism force had been “sadistically” killed by prisoners during the standoff at the jail on the outskirts of the capital Jakarta, police said.

“We have minimized the number of victims. The operation ended at 7:15,” Police Commissioner General Syafruddin told reporters.

Four police were injured and one inmate killed in the incident which began at the jail late on Tuesday.

It was the highest death toll suffered by the counter-terrorism police force, known as Detachment, or ‘Densus’, 88, which was set up in 2003 and received training and funding from Australia and the United States.

Syafruddin said the crisis was resolved with a “very soft approach”, though earlier on Thursday a Reuters witness had heard several blasts at the jail.

Indonesia’s chief security minister Wiranto later told a news conference that all the prisoners had surrendered after a police “ambush” forced the last 10 convicts to give up.

He said 155 convicted militants were involved in what he called “an act of terror in the prison”.

“We can’t let our guard down in facing terrorism action and radicalism. This country needs stability,” Wiranto said.

The prisoners are suspected of having taken weapons from the police who were killed.

The deputy police chief Syafruddin said that during the trouble “five of the officers were killed sadistically”. A police spokesman said earlier most were found with deep wounds on their necks, as well as on other parts of their bodies, and one with a gunshot wound to the head

The counter-terrorism squad has been credited for breaking up militant cells in the world’s largest Muslim-majority country in the years after the Sept. 11, 2001, attacks on the United States.

But a recent spate of attacks inspired by Islamic State prompted authorities to more than double its force to 1,300 late last year.

In a message carried on its Amaq news agency, Islamic State claimed responsibility and said 10 counter-terrorism officers had been killed.

Police had denied that Islamic State was involved and said a dispute had broken out over checks by prison authorities of prisoners’ food.

But police also said some of the prisoners had recently met Aman Abdurrahman, who is believed to be the ideological leader of IS sympathizers in Indonesia. He is on trial for terrorism and is being held at the same prison.

In January 2016, four Islamic State-linked militants mounted a gun-and-bomb attack at an intersection outside a Starbucks cafe in central Jakarta, killing themselves and four others.