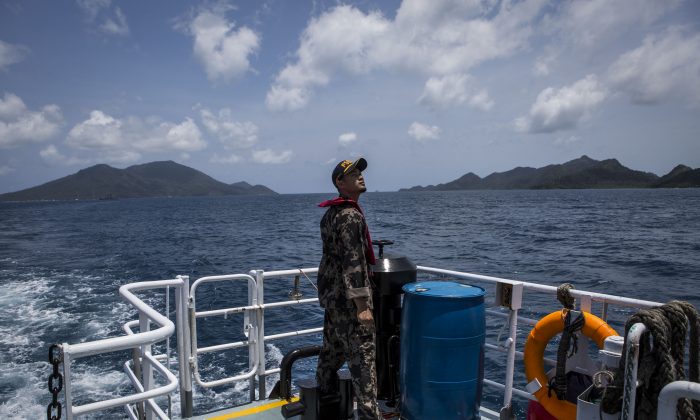 Indonesia Boosts Patrols After Chinese Boat ‘Trespasses’ in Its Waters

The Chinese vessel entered waters off the coast of the northern Natuna islands in mid-December, leading Indonesian foreign ministry to issue a “strong protest” and summon the Chinese ambassador in Jakarta.

Speaking in Beijing on Tuesday, Chinese Foreign Ministry spokesman Geng Shuang said China had sovereignty over the Spratly islands and their waters and that both China and Indonesia have “normal” fishing activities there.

He did not mention the Natuna islands, which lie to the southwest.

China claims most of the energy-rich South China Sea. Neighbors Brunei, Malaysia, the Philippines, Taiwan and Vietnam also have claims.

“We’re intensifying patrols in the sea to anticipate territorial violations, and also illegal fishing at North Natuna. We’re trying to prevent foreign ships from violating our territory,” he said.

Foreign Minister Retno Marsudi also told reporters that the government had agreed to increase patrols in the waters and reiterated Indonesia’s accusations against China.

Indonesia on Wednesday called on Beijing to explain the “legal basis and clear borders” regarding its claims to the exclusive economic zone.

Chinese embassy in Jakarta did not immediately respond to a Reuters request for comment.

Indonesia has repeatedly clashed with China over fishing rights around the Natuna Islands, detaining Chinese fishermen and expanding its military presence.