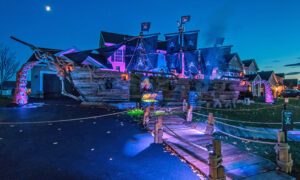 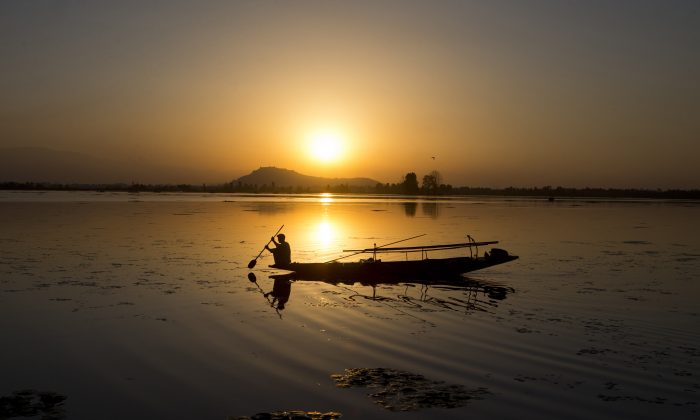 A Kashmiri fisherman rows his Shikara, or traditional boat, during sunset at the Dal Lake in Srinagar, Indian controlled Kashmir, on Aug. 29, 2015. (Dar Yasin/AP Photo)
Europe

NEW DELHI/ROME—India’s top court said on Tuesday it has closed all proceedings against two Italian marines over the shooting of two fishermen off the southern Indian coast in 2012, after Rome paid $1.36 million in compensation.

Salvatore Girone and Massimiliano Latorre were arrested in February 2012 over the shooting. They said the killings were accidental, as they mistook the fishermen for pirates and fired warning shots while on duty on the Italian oil tanker “Enrica Lexie.”

The case caused friction between the two countries for years.

“Compensation paid by the Italian government, over and above payments already made is adequate,” said Justice M R Shah, one of the judges hearing the case in India’s Supreme Court, closing the case against the two men in India.

Italy has paid 100 million Indian rupees ($1.36 million) in compensation, split between the families of the victims and the boat’s owner, Shah said.

European Union commissioner Paolo Gentiloni said in a tweet on Tuesday the verdict is “a success of Italian diplomacy.”

A spokesman for Italy’s foreign ministry did not immediately respond to a request for comment on whether the men will be prosecuted in Italy.

But Italian foreign minister Luigi Di Maio said in a tweet that all legal proceedings were now closed.

“Thanks to those who worked on the case with perseverance, thanks to our tireless diplomatic corps,” he said. “This long affair has finally come to an end.”