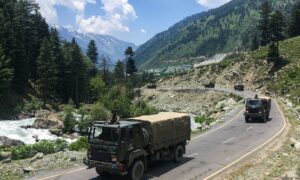 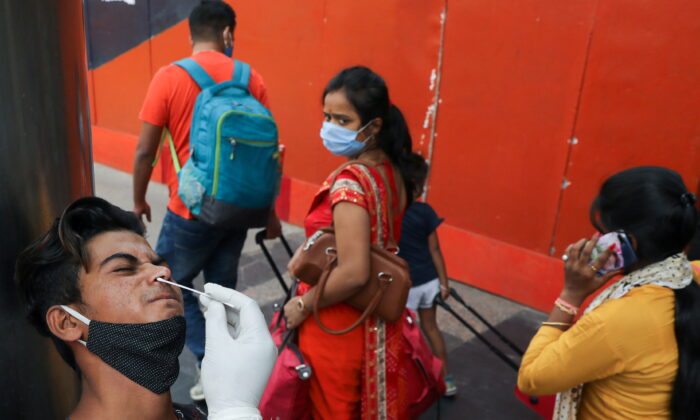 A man reacts as a healthcare worker collects a swab sample, amidst the spread of the coronavirus disease (COVID-19), at a railway station, in New Delhi, India, on April 7, 2021. (Anushree Fadnavis/Reuters)
Asia & Pacific

India reported a record 126,789 new COVID-19 cases on Thursday as several states struggled to contain a second surge in infections.

Daily infections surpassed 100,000 for the first time on Monday and have now exceeded that mark three times, the biggest daily rises in the world.

The spike, much faster than last year’s first wave, has caught authorities by surprise. Deaths rose by 685—the most in five days —to 166,862, data from the health ministry showed.

New Zealand on Thursday suspended entry for all travelers from India, including its own citizens, for about two weeks.

In India’s far off Andaman Islands, authorities said they would conduct random testing at the airport in the capital Port Blair, due to a sudden surge in cases and complaints over passengers carrying fake test reports.

Some of the big states, including Maharashtra, have imposed stricter curbs including night curfews and shut down malls, restaurants and places of worship. The federal government has refused to impose another national lockdown.