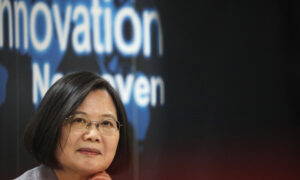 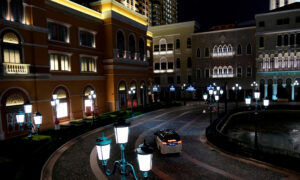 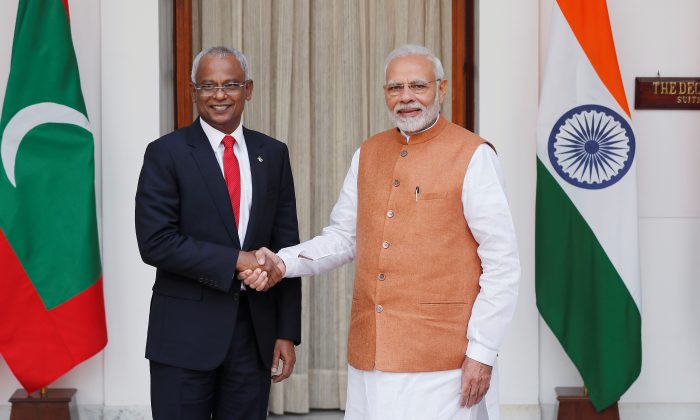 India’s Modi Gives $1.4 Billion Aid to Maldives as it Struggles with China Debt

NEW DELHI—India will give financial assistance of $1.4 billion to the Maldives, Prime Minister Narendra Modi said on Dec. 17, the biggest aid yet to the Indian Ocean island nation that is grappling with debt from a Chinese building spree.

Modi made the announcement after talks with Maldives’ new president, Mohamed Ibrahim Solih, who defeated the pro-China strongman Abdulla Yameen in a surprise election result in October and is trying to reset ties with India.

During a five-year construction boom in the Maldives, China built a sea bridge connecting the capital, Male, to the main airport and is developing the airport itself, as well as building housing on land reclaimed from the sea.

China has built ports, bridges and highways in countries stretching from Bangladesh, Nepal, Sri Lanka, and its ally Pakistan as part of its One Belt, One Road (OBOR, also known as Belt and Road) initiative for a trade and transit corridor across Asia and into Europe.

But the fast-paced building activity has stoked fears that the Maldives has loaded up on debt that could be anything from $1.5 billion to more than $3 billion.

Solih’s administration has said it is trying to find out just how much the country of 400,000 people owes China.

Modi said India stood ready to help the Maldives as a close friend and neighbor.

“For Maldives’ social and economic development we are providing a financial assistance of $1.4 billion in the form of budgetary support, currency swap agreements and concessional lines of credit,” he said during a brief media appearance with Solih.

Both India and China have been trying to build regional influence in the Maldives and other Indian Ocean countries such as Sri Lanka that lie along vital shipping lanes.

Soon after he took over last month, Solih said state coffers had been looted over the past few years and warned that the country was in financial difficulty after racking up debt with Chinese lenders.

Solih said the Maldives and India had signed agreements to cooperate on trade, health and defense. India would help improve Maldives’ security through joint patrols as well as aerial surveillance, officials said.

India’s big worry has been that China’s expansive diplomacy in the region was aimed at securing an outpost on an island in the Maldives.

Maldives’ foreign minister Abdulla Shahid said he had assured Indian leaders that his country wanted the best of ties with its immediate neighbors and would return to an “India First” policy.

Modi said he had discussed regional security with Solih and both had agreed not to allow each other’s territory to be used against the other.