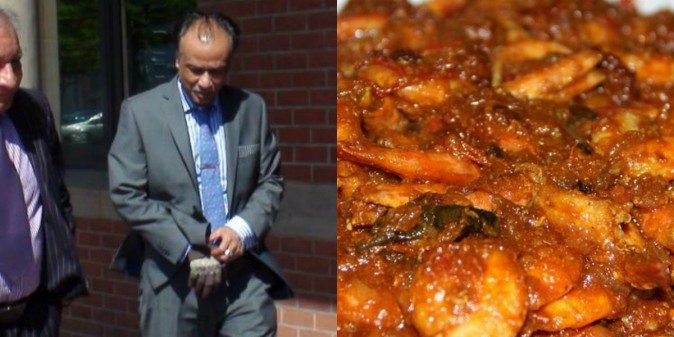 Mohammed Zaman, 53, was found guilty of knowingly serving a man a lethal amount of peanut powder, knowing that the man had a peanut allergy; resulting in his death.
International

An Indian restaurant owner, who was accused of killing a customer with curry, has been found guilty of manslaughter, according to a Daily Mail report.

53-year-old Mohammed Zaman, of Huntington in York, faced the manslaughter charge after serving a lethal amount of peanut powder to a man he knew had a peanut allergy.

Paul Wilson, 38, visited Zaman’s restaurant, Indian Garden, in Easingwold, North Yorkshire, in January 2014. He died one day later, after eating a takeaway meal in which he instructed must be nut-free.

“We say Paul Wilson did what he always did and ordered no nuts,” prosecutor Richard Wright said, according to a Telegraph report. “There was no confusion here. Instead there was a business in which corners were being cut for the sake of profits, systems were non-existent, and the customer was constantly exposed to danger.”

The meal contained curry made with peanut powder instead of almond powder, according to the report, which also stated that the waiter who took Wilson’s order, as well as the chef making the food, were illegally employed at the restaurant.

Wright said, “There is no doubt at all that the curry he ate, the lid of which bore the legend ‘no nuts,’ contained peanuts and that the peanuts caused his death by way of an allergic reaction to eating them.”

“An analysis of the curry recovered from the plate in the kitchen of Paul Wilson’s home also demonstrated that peanut had killed him. Less than three grams of the sauce from the curry would have been sufficient to give rise to the level of peanut in the stomach.”

Guilty of manslaughter: Mohammed Zaman, white shirt, with moustache, at the back, walking into court last week. pic.twitter.com/aRzB8W8IjK