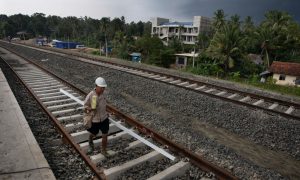 The Debt Trap of One Belt, One Road: The Price of Following China
0
Share Now
TelegramFacebookTweetEmailTellMeWeReddit
Copy Link 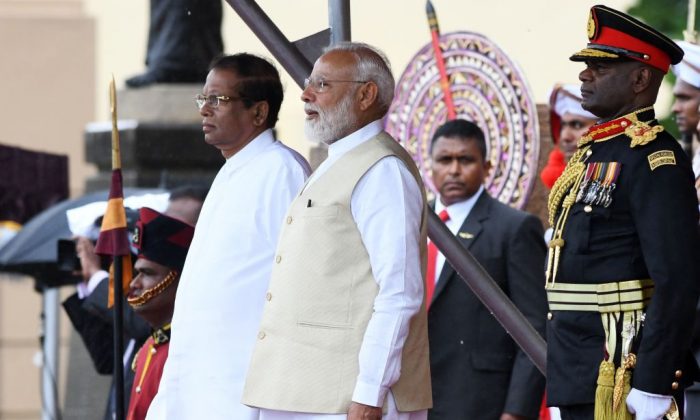 Indian Prime Minister Narendra Modi recently concluded a visit to the neighboring countries of the Maldives and Sri Lanka, a two-nation tour widely seen as a counter to regional Chinese influence.

India is considered a key partner in the United States’ Indo-Pacific strategy, as outlined by a recent Pentagon report that notes how both countries share a “common outlook” in the region.

Modi was sworn into office for his second term on May 30, following a landslide election victory a week earlier. As a sign that he would continue his “neighborhood first” foreign policy rolled out during his first term, Modi traveled to the Maldives and Sri Lanka on June 8 and 9 as his first foreign visit after being re-elected.

“Modi’s visits signify interest but they also highlight the fact that these neighbors are valued,” the New Delhi-based English-language paper Millenium Post said, in an editorial published June 9.

The Modi visits were aimed at “reinvigorating relationships with pro-Indian dispensations,” which would allow “India to strategically keep a tap on China,” the editorial stated.

Both countries owe large debts to China, after the Chinese regime financed a number of local infrastructure projects as part of the “One Belt, One Road” (OBOR) initiative.

The Maldives’ finance minister has said that of the country’s total $3.7 billion debt, $1.4 billion is owed to China, mostly for funding OBOR projects.

Beijing launched the initiative (also known as Belt and Road) in 2013, its flagship foreign-policy agenda to build geopolitical influence via investments across Southeast Asia, African, Europe, and Latin America. In 2017, Sri Lanka handed over control of its Hambantota port to China because it couldn’t pay back $6 billion in Chinese loans for building the port.

Modi made a veiled reference to China’s OBOR, while addressing the Maldivian Parliament during his visit.

“India has always shared its achievements with the world. India’s development partnership is to empower people, not to weaken them and neither to increase their [partner countries] dependence on us or to put an impossible burden of debt on the shoulders of future generations,” Modi said, according to India’s English-language daily newspaper The Times of India.

India also boosted its maritime capabilities in the Maldives. According to Indian daily newspaper The Hindu, Modi and the Maldivian President Ibrahim Mohamed Solih inaugurated an India-built coastal surveillance radar system in the Maldives on June 8. India has installed older versions of these radars in the Seychelles, Mauritius, and Sri Lanka.

First, the system would help the Maldives safeguard its sovereignty in its exclusive economic zone.

Second, the article explained that the radar system would “be a strategic asset for India and help [the] Indian Navy to detect and respond to any threat to its national security and sovereignty.”

Chinese submarines and warships would likely be the target of surveillance, according to the Deccan Herald, given that the Chinese navy has sent them into the Indian Ocean in recent years. In June and August 2017, for example, during a military standoff between India and China, the latter sent 14 warships and at least seven submarines to those waters.

Modi visited St. Anthony’s Shrine to pay tribute to victims who were among those killed on Easter Sunday by a coordinated terrorist suicide bombing on Christian places of worship.

In May, Sri Lanka also signed a deal with Japan and India to develop a sea container terminal, a move that showed the Sri Lanka government was seeking to steer away from financial dependence on China.