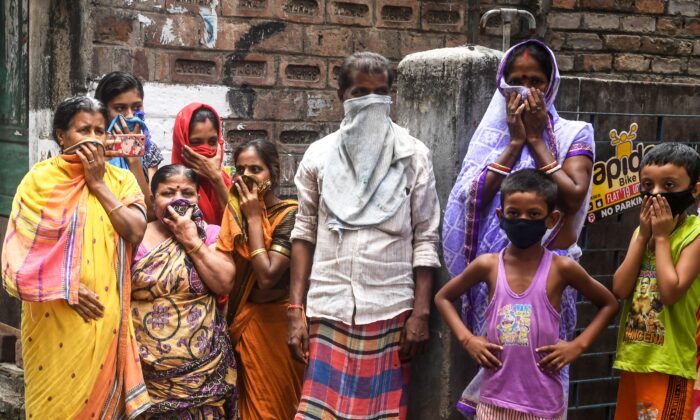 An Indian man who traveled more than 800 miles to his home disguised as an onion seller has been sent to quarantine by police after reaching his destination, The Times of India reported.

Prem Murti Pandey, an employee at Mumbai’s airport, rented a truck and loaded it with 28 tons of onions before traveling around 870 miles from Mumbai to his home in Prayagraj, northern India, amid fears over the growing number of CCP virus cases in the capital city of Maharashtra state.

Pandey said he had been living in Azad Nagar in Andheri East, touted as Asia’s biggest slum. Owing to its over-congestion, it has become a hot spot for the CCP virus in recent months.

“When I noticed that COVID-19 cases were rising at an alarming rate in Dharavi, it became difficult for me to stay there any longer. Hence I decided to go back to my native town in Prayagraj,” he told The Times of India.

As India’s lockdown rules allow for vehicles delivering food items to cross state borders because they are deemed essential commodities, Pandey said he decided to rent a truck, hire a driver, and disguise himself as a produce seller in an attempt to reach his home city.

“I wouldn’t have been able to go back because of the travel restrictions. However, I realized that I would be allowed to enter the city if I was a vegetable or fruit trader,” he added.

On April 17, Pandey set off for Prayagraj with a truckload of onions in the hopes of selling them upon his arrival. “I thought I would sell it off in Prayagraj and would get my investment of approximately 3 lakh ($3,930) back,” he told the publication.

However, after arriving at the Mundera Mandi wholesale market on the outskirts of the city, he failed to sell the consignment, and instead went back to his home in the Kotwa Mukbarakpur area of the city where he intended to attempt to sell his onions to smaller traders.

TP Nagar police sub-inspector Arvind Kumar Singh said officials received word that a man had arrived from Mumbai and a health department team was soon dispatched to Pandey’s home to conduct thermal screening on him. “He was asked to quarantine himself at home and his swab sample was collected on Saturday. He was later shifted to a quarantine center in Kareli on Saturday,” Singh said.

Despite the quarantine, Pandey said he has no regrets over his actions because “my entire family, including aged parents are here, while I work in Mumbai. I have responsibilities toward my family and I believe that I chose a perfectly lawful way to return.”

As of April 27, India has 27,890 confirmed cases of CCP virus and 881 people have died from the disease, which causes COVID-19. On Sunday, the country saw its biggest single day jump of cases, with 1,975 reported over 24 hours, the Health Ministry said.