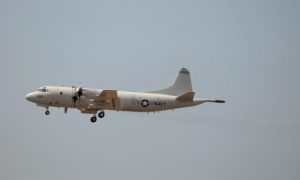 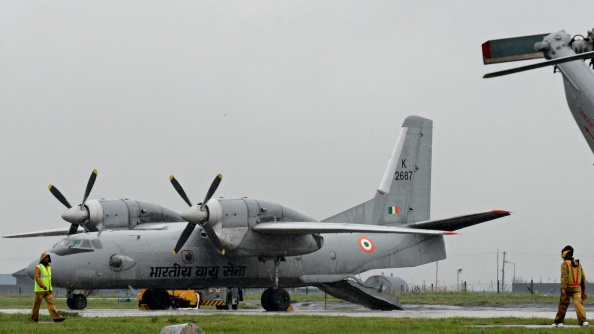 An Indian Air Force Antonov An-32 transport aircraft is pictured as rain falls at an air force base in Srinagar on September 6, 2014. (Tauseef Mustafa/AFP Photo)
India

The AN-32 aircraft, which is typically used for transport, took off from Assam state’s Jorhat town for Menchuka in Arunachal Pradesh state but lost contact with ground agencies at around 1 p.m.

“Since the aircraft did not reach the airfield, overdue action was initiated,” said one government official.

“A total of eight crew and five passengers were on board.”

The air force had begun a search, including deploying a Sukhoi combat jet, another government official said.

Defense Minister Rajnath Singh, who assumed charge of the ministry last week, said he was in touch with senior air force officials.

“I pray for the safety of all passengers on board,” he said on Twitter.

It’s been more than three hours since the aircraft went missinghttps://t.co/xOW13LLHUU