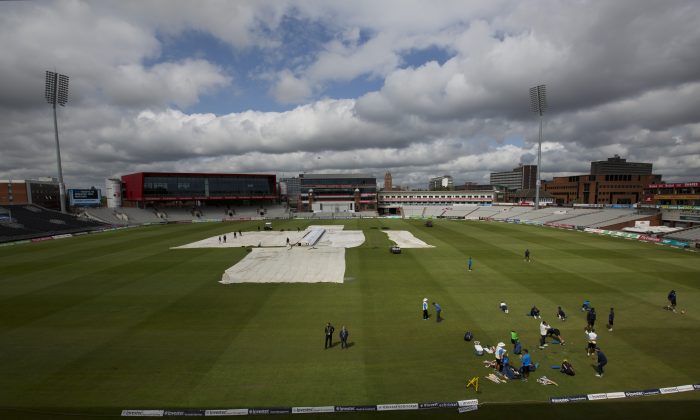 India and England face off once again in another Test series that starts on Thursday, August 7.

The Test will be broadcast on STAR Sports in India and Sky Sports in the United Kingdom.

The matches will also be shown on SuperSport in South Africa, PTV Sports in Pakistan, Ten Sports in Sri Lanka, OSN in the Middle East, and Fox Sports in Australia.

The 1st Test in the 5 Test series was a draw. India won its first Test at Lord’s since 1986 in the 2nd Test. It won by 95 runs. The win also broke a 15-match drought without an overseas Test win.

England came back to win the 3rd Test by 266 runs.

After that, India doesn’t have any matches scheduled until December against Australia. England will face Sri Lanka starting on November 26.

India is already tweaking its squad for the ODIs and Twenty20. It called up uncapped Kerala wicketkeeper-batsman Sanju Samson and Railways leg-spin-bowling allrounder Karn Sharma, as well as Mumbai seamer Dhawal Kulkarni–who was picked in the ODI squad for the home series against West Indies last year but was then ruled out with injury, reported CricInfo.

Suresh Raina, Mohit Sharma, and Umesh Yadav are also part of the squad.

Meanwhile, R. Ashwin is likely in and Shikhar Dhawan may be out for the Manchester Test.

“If the signs from India’s net sessions are anything to go by, R Ashwin seems set to play his first Test of 2014. It is not clear if he will take the place of Rohit Sharma or Ravindra Jadeja if he does so. During their loss in Southampton, India rarely used Jadeja as a wicket-taking bowler, but equally Rohit disappointed with his shot-selection in the first innings, stepping out and hitting Moeen Ali straight to mid-off five minutes before tea,” reported Sidharth Monga of CricInfo.

“Rohit seems to be the likelier one to go out, with India returning to their five-batsmen formula of the first two Tests. India’s other worry that was accentuated in Southampton was their slip-catching. Jadeja dropped Alastair Cook on 15 in the first innings, and watched him return to form. Shikhar Dhawan dropped one catch in the second innings, a catch that MS Dhoni should have gone for. Dhoni later said that slip-catching was an issue, but added that Dhawan, Ajinkya Rahane and Jadeja were the best three he had as a cordon.

“However, there were enough signs in the nets two days ahead of the Old Trafford Test to suggest that that cordon will need a rejig. Dhawan is now an unlikely starter after six failures with the bat, and when India did their slips practice, M Vijay had moved in at first slip. Dhawan did not bat as much as he has been doing, and Gautam Gambhir can be hopeful of a Test return after having last played in late 2012.”