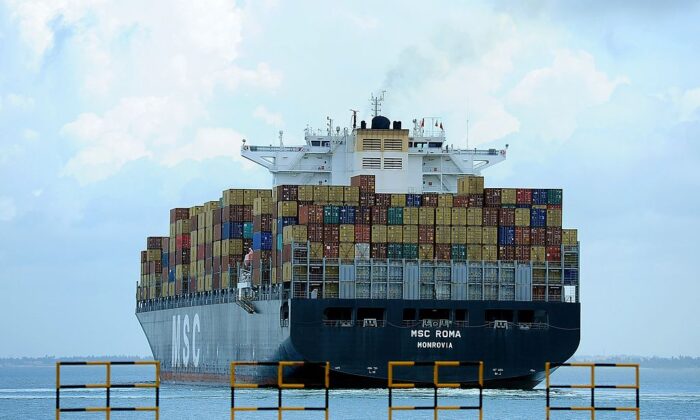 An Indian company has signed a contract worth US$700 million to build a strategically important deep-water container terminal in Sri Lanka, a move considered a countermeasure to China’s growing influence in South Asia.

The Adani Group of India signed the agreement with the Sri Lanka Port Authority (SLPA) on Sept. 30 to build the terminal at the port of Colombo, the island nation’s capital.

The period of the agreement is for 35 years, the SLPA said in a media release. The ownership of the terminal will be then transferred to Sri Lanka.

Local company John Keells will hold a 34 percent stake in the joint venture while the Adani Group will hold a 51 percent. The Port Authority, which is owned by the Sri Lankan government, will also become a minority shareholder.

The so-called Colombo West International Terminal will be is 1.4 kilometers (0.87 miles) long and some 20 meters (66 feet) deep. It will be expected to handle some 3.2 million containers per year.

The initial phase of the project, which involves building a 600-meter (0.37 mile) terminal, is expected to be completed within two years.

The terminal will be built right next to the Chinese-run Colombo International Container Terminal (CICT).

Colombo is located in the Indian Ocean and is a strategic point between the important shipping hubs of Dubai and Singapore. Neighboring India also considers Sri Lanka as part of its area of influence.

The country’s second-largest port—Hambantota International Port—has been run by China Merchants Port Holdings since the end of 2017 after Sri Lanka was unable to repay a large Chinese loan, raising concerns of Beijing’s use of “debt-trap diplomacy” through its “Belt and Road Initiative” (BRI).

According to AFP, both India and the United States have expressed concerns that a Chinese footing at this port could give Beijing a military advantage in the Indian Ocean.

India, along with the U.S., Japan, and Australia, is a member of the Quadrilateral coalition of four Indo-Pacific nations (Quad). The coalition, formed in 2007, is largely seen as a response to China’s economic and military rise in the Indo-Pacific region.