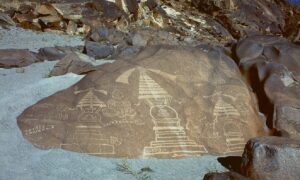 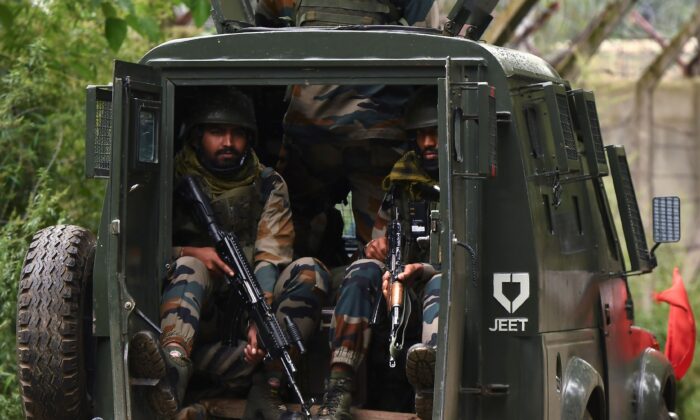 Indian army soldiers keep watch at the back of an army vehicle near the site of a gunbattle at Yadipora village of Pattan area north of Srinagar on Sept. 4, 2020. (Tauseef Mustafa/AFP via Getty Images)
India

SRINAGAR, India—Three Indian soldiers were killed on Thursday in what an army spokesman described as an unprovoked firing of weapons by Pakistani forces at the border in the disputed region of Kashmir, in a fresh eruption of tensions.

Firing frequently erupts along the Line of Control, or the ceasefire line in Kashmir, which both the nuclear-armed countries claim in full.

Another Indian soldier was killed in overnight firing by Pakistan troops in the Poonch sector. “Our troops responded strongly to the enemy fire,” Kalia said.

New Delhi says Pakistani troops open fire to help militants sneak into India’s side of Kashmir to join a decades-long armed revolt there. Pakistan says it only gives moral and diplomatic support to the Kashmiri people fighting for self-determination.

India and China are separately locked in their most serious military face off along their border which is also disputed.