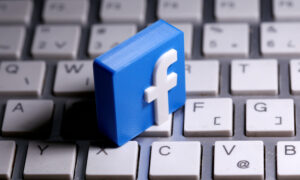 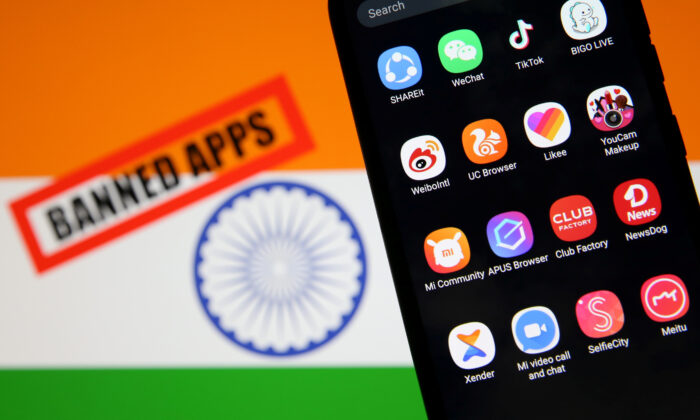 Smartphone with Chinese applications is seen in front of a displayed Indian flag and a "Banned app" sign in this illustration picture taken on July 2, 2020. (Dado Ruvic/Illustration/Reuters)
India

NEW DELHI—India has decided to retain its ban on video app TikTok and 58 other Chinese apps after reviewing responses from the companies on issues such as compliance and privacy, two sources with direct knowledge of the matter told Reuters on Jan. 26.

When it first imposed the ban in June 2020, India’s ministry of electronics and information technology (IT) gave the 59 apps a chance to explain their position on issues including whether they censored content, worked on behalf of foreign governments, or lobbied influencers.

The companies, which include ByteDance’s popular video-sharing app TikTok, Tencent Holdings’ WeChat, and Alibaba’s UC Browser, were asked in July 2020 to respond to 77 questions amid rising tensions between India and the Chinese regime following a border clash between the two nations.

A government panel looking into the app ban decided, after reviewing the responses, that there will be no change in the country’s position for now as the ban was in the interest of India’s national security and sovereignty, one source said.

The government has sent notices to the companies informing them of its decision, the source said.

It wasn’t immediately clear until when the ban would be in place. The Times of India newspaper reported late on Jan. 25 that the ban is permanent.

India’s IT ministry didn’t immediately respond to a request for comment.

TikTok said in a statement it is evaluating the notice and will respond to it.

“We continually strive to comply with local laws and regulations and do our best to address any concerns the government may have. Ensuring the privacy and security of all our users remains to be our topmost priority,” it stated.

The extension of the ban comes days after Indian and Chinese troops were involved in a “minor face-off” in a disputed stretch of their shared border in the eastern Himalayas.

The ministry’s June 2020 order stated that the apps were “prejudicial to sovereignty and integrity of India, defense of India, security of state and public order.” It followed a skirmish with Chinese troops at a disputed Himalayan border site when 20 Indian soldiers were killed.

In September 2020, India banned another 118 mobile apps, including Tencent’s popular video game PUBG, as it stepped up the pressure on Chinese technology companies following the standoff at the border.

The 118 apps continue to be banned and no decision has been reached on them yet.