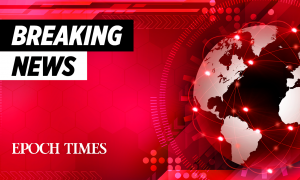 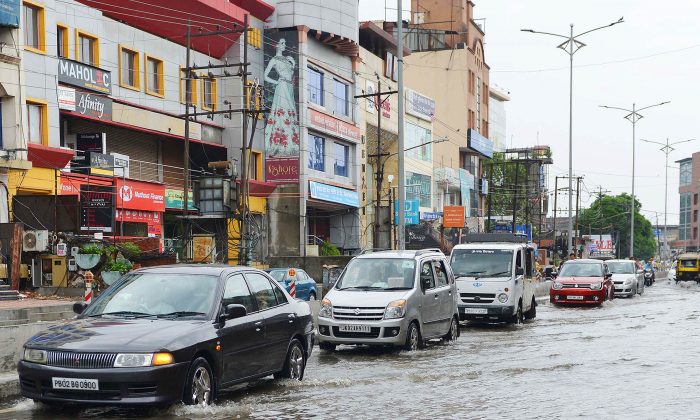 Indian commuters make their way along a flooded street after a heavy rain downpour in Amritsar on July 12, 2017. (Narinder Nanu/AFP/Getty Images)
Asia & Pacific

GUWAHATI, India (Reuters)— Floods in northeast India that have killed at least 40 people and displaced nearly 1.5 million have also inundated a national park that is home to the world’s largest concentration of one-horned rhinoceros.

The Brahmaputra river, which flows from China down to India and then through Bangladesh, has burst its banks after torrential monsoon rains, swamping more than 2,500 villages in India’s Assam state over the past two weeks.

Prime Minister Narendra Modi has expressed his anguish over the human suffering, with thousands of people seeking shelter in more than 300 relief camps. Authorities have declared a “maximum health alert” to stop the spread of disease.

Efforts are also underway to help the rhinos and other wildlife put in danger when flood waters swamped the Kaziranga National Park, a UNESCO world heritage site.

The 430 sq km park is home to the world’s largest number of the one-horned rhinoceros, with an estimated 2,500 out of a total population of some 3,000.

“Two rhino calves have drowned and up to 15 deer perished in the high floods,” Brahma said.

Animals are seeking refuge on high ground, including hills outside the park, she said.

But when the animals move to smaller areas of higher ground to escape the floods they become more vulnerable to poachers. They also face increasing danger of being hit by vehicles if they take refuge on roads that often run along embankments.

“Special barricades have been put along the highway and forest guards are asking drivers to drive under 40 km an hour,” a park warden said, adding that a few deer had been hit by speeding trucks.

The water level in the Brahmaputra is expected to keep rising until the end of this week and should then stabilize, provided there is no more heavy rain, the Central Water Commission said.