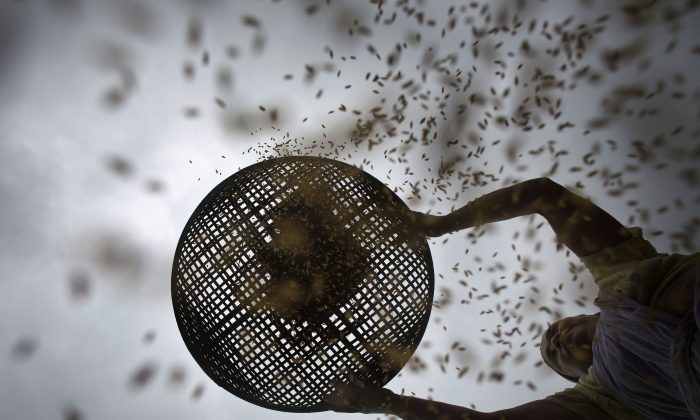 India, the world’s largest rice exporter, has banned the export of broken rice with immediate effect to tackle rising domestic prices and meet local demands as the monsoon season has curtailed planting.

The Indian Ministry of Commerce and Industry on Thursday issued a notification prohibiting the export of broken rice, which was published by the local media ANI.

It stated that exports will still be permitted until Sept. 15 if the loading of broken rice has already begun ahead of the ban, the shipping bill has been filed, vessels have berthed, or the consignment has been sent to customs for clearance.

The export ban comes after India imposed a 20 percent levy on exports of rice in the husk (paddy or rough), husked brown rice, and semi-milled or wholly-milled rice. Parboiled rice and basmati rice are exempt from export duties.

India exports rice to more than 150 countries, and any reduction in its shipments would increase upward pressure on food prices, which are already rising because of drought, heat waves, and Russia’s invasion of Ukraine.

B.V. Krishna Rao, president of the All India Rice Exporters Association, said the move will render Indian rice exports “uncompetitive” on the global market as buyers shift to Thailand and Vietnam.

India is the world’s second-largest exporter of sugar and wheat. The Indian government stated that wheat exports to food-deficit countries will still be permitted.

Pitak Udomwichaiwat, director-general of the Foreign Trade Department, said that rice export prices have become competitive as revenue increased to $2.54 billion between January to August.

“The Commerce Ministry is thus more confident that the exports may outpace a target of 7.5 million tons set by the ministry,” Pitak was quoted as saying by Bangkok Post. Thailand exported 6.11 million tons of rice for 118 billion baht ($3.2 billion) last year.